You are here: Home>Parish Priests of Menlough>03 -- Fr Joseph Judge 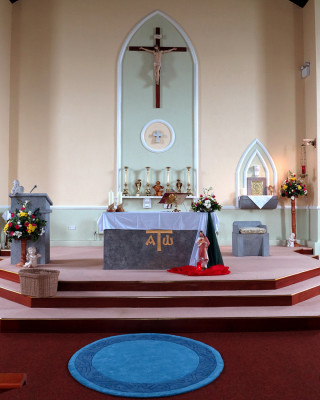 He was a native of Claremorris and was ordained in 1855 and he was appointed CC in the Clifden Deanery in the parish of Ballinakill. He was transferred in August 1856 to Athenry. In August 1863, according to the Tuam Herald, he was CC in Castlebar and in 1869 he was CC in Crossboyne. He moved from Crossboyne to become PP of Menlough in 1872. He passed away on Sunday morning December 27th. 1896 in the Matter Hospital. His remains were removed from Dublin by train. His Solemn Requiem Mass took place in Menlough Church on Wednesday, December 30th. and he was laid to rest in front of the high altar in Menlough Church immediately afterwards. No stone or markings seem to exist on the burial plot.