You are here: Home>Parish Priests of Menlough>04 -- Fr Pat Colgan 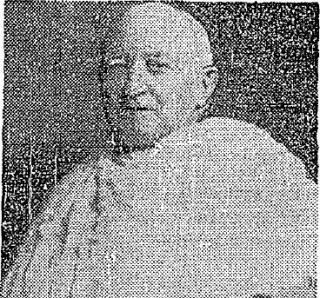 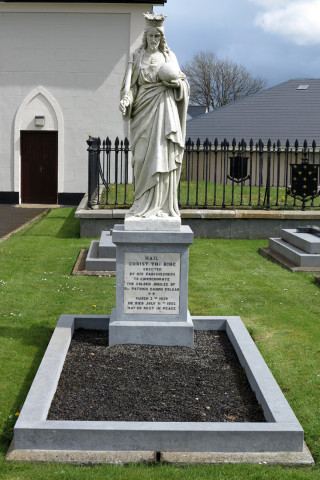 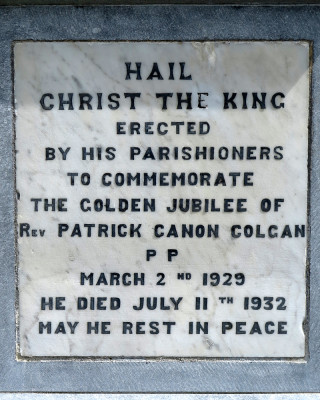 Fr Pat Colgan was born in 1848. He was a native of Loughkeerand, Ballyvary in the parish of Keelogues, Co. Moyo. In 1879 Fr Colgan was ordained in Maynooth and was appointed CC in Carna. He also ministered in Clifden for a time. He moved to Lackagh and then to Annaghdown. He was in Athenry in 1889. By December 1889 he was CC in Newport, Co. Mayo. In 1893 he became CC in Westport. He became PP in Arran from 1893 until 1896 and then in Menlough in 1896 and ministered there until 1908 when he was appointed as PP in Clonberne/Kilkerrin. By 1921 he was still ministering in Kilkerrin/Clonberne but was also a canon of the Cathedral Chapter. He passed away on July 11th. 1932 in a Dublin Nursing Home aged 84 years. The remains of Canon Colgan are laid to rest beneath the shadow of the statue or Christ the King in the church grounds in Kilkerrin. His Grace Most Rev. Dr. Gilmartin officiated at the graveside.

During his lifetime he was deeply interested in Irish history, and was a member of the Royal Archaeological Society. He made some interesting discoveries at Aaran during his ministry there, and spent a considerable amount of time and labour in looking up the history of Rockfield, where a large number of human skeletons were unearthed and caves discovered by Mr. M. Clarke, when dividing up a farm for the Irish Land Commission. Canon Colgan was a fluent Irish speaker, and used the language on all possible occasions. 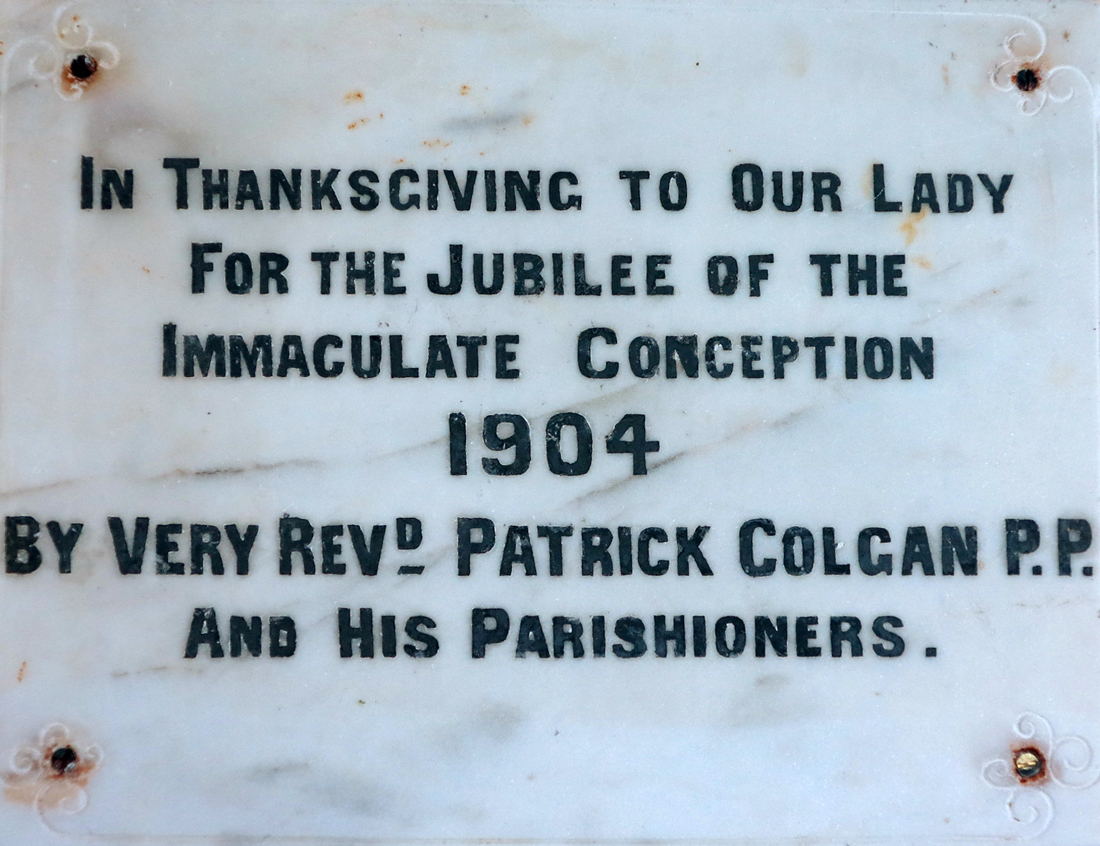 This marble plaque is to be seen in the porch of Menlough Church from the year 1904 during his time as PP in Menlough.