You are here: Home>Parish Priests of Menlough>06 -- Fr Patrick Nicholson 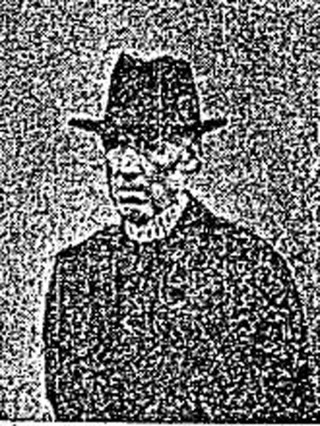 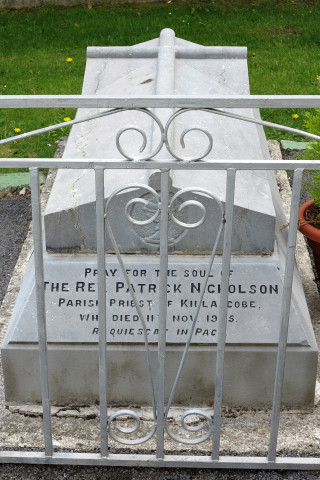 Fr Patrick Nicholson was a native of Carra, Louisburg, Co. Mayo. His father, Patrick, was a shopkeeper. He was ordained in 1892. In 1893 he was CC in Aughagower. In 1894 he was transferred from Aughagower to Dunmore. In 1899 Fr Nicholson was transferred from Dunmore to be CC in Claremorris. In 1906 he was CC in Kilkerrin. He left Kilkerrin in 1910 to minister in Annaghdown. Sometime between 1917 and 1919 he was again transferred from Annaghdown to be CC Belcarra. In April 1921 he was appointed PP of Menlough from Belcarra. His brother James passed away on November 12th. 1923 in Louisburg. He continued his ministry in Menlough until his death on November 11th. 1945. He is laid to rest in Menlough Church grounds.

” My dear Father Nicholson,—I have received your letter reporting the shooting of your parishioner Mr. Joyce, whose death is announced to-day. Allow me to offer you and your good people my sympathy in the horror you must all feel at this shocking crime. Agrarian grievances, if such existed, give no one a right to take away life or commit outrage. From the evidence at hand it is only too apparent that a foul murder has been committed in your parish. It is my ardent prayer that speedy and visible justice may overtake the murderer, or murderers for the good of their own souls and the salvation of society. Crimes of this kind which challenge God’s justice will remain as stern accusers of the perpetrators until reparation is made. If reparation is not made here it will he made before all men on a day that is sure to come. Criminals may escape detection in this world, but they cannot evade a public trial before an omniscient and just God. From two different spots in your parish human blood is crying to Heaven as the blood of Abel did. It will not cry in vain. Punishment cannot be averted. Penance, and penance alone, can move the Judge to mercv.

The Wedding Report of Mrs Lohan-Delaney, Solicitor, of Lohans Shop, Menlough which was performed by Fr Patrick Nicholson