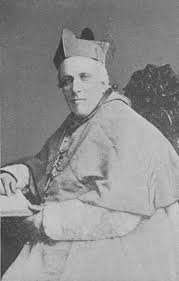 Archbishop John McEvilly (1818–1902) was an Irish Roman Catholic Church clergyman who served as the Archbishop of Tuam from 1881 to 1902. He was born on 15th. April 1818 in Louisburgh, a small town near Westport, County Mayo, Ireland. He entered the Seminary of Tuam in January 1833, then sent to Maynooth College in September 1833, where among his contemporaries was the future Archbishop of Armagh Joseph Dixon. In 1842, McEvilly was ordained a priest of the Archdiocese of Tuam.