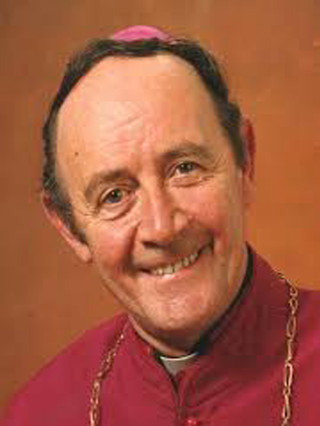 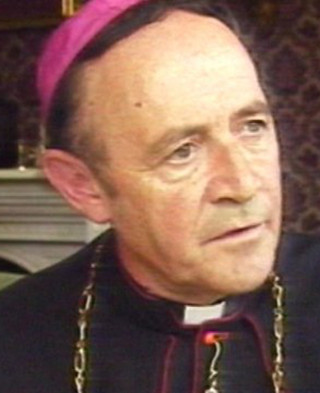 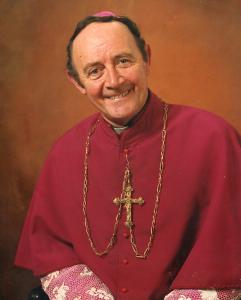 He was born in Charlestown, County Mayo Ireland. He was ordained a priest on 21st. June 1959 for the Diocese of Achonry. He later transferred to the Diocese of Clonfert, where he taught at and later became President of St. Joseph’s College, Ballinasloe and was appointed Coadjutor Bishop of the diocese on 24th. August 1979. He was consecrated on 23rd. September 1979, one week before the historic visit of Pope John Paul II to Ireland. The Principal Consecrator was Archbishop Gaetano Alibrandi; his Principal Co-Consecrators were Archbishop Joseph Cunnane of Tuam and Bishop Thomas Flynn of Achonry. On 1st. May 1982, he succeeded to the position of Bishop of Clonfert. On 22nd. August 1987 he was appointed to the position of archbishop of the Archdiocese of Tuam. He resigned the position on 29th. June 1994 and took the title Archbishop Emeritus of Tuam. Following his death in 2013, his funeral was held in the Cathedral of the Assumption of the Blessed Virgin Mary, Tuam and was buried at Moore, County Roscommon where he served after his retirement as Archbishop.