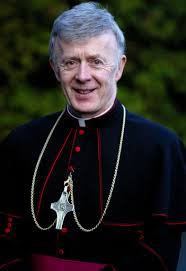 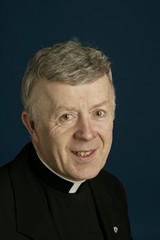 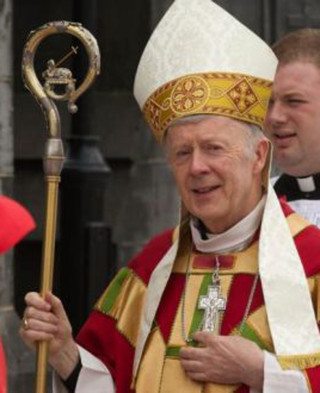 Michael Neary (born 15th. April 1946) is an Irish clergyman of the Roman Catholic Church. He is the current Archbishop of Tuam. Michael Neary was born in Castlebar, County Mayo, and received his early education at St. Patrick’s National School, Castlebar and St. Jarlath’s College, Tuam. He studied at St. Patrick’s College, Maynooth and was ordained to the priesthood on 15th. June 1971. Earning a doctorate in Divinity in 1975, he served as a curate in Belclare for one year before being appointed to the staff at the Presentation College, Headford. From 1978 to 1981, he furthered his studies at the Pontifical Biblical Institute in Rome, earning a licentiate of Sacred Scripture; during that time he was also spiritual director at the Pontifical Irish College. On his return he joined the staff at Holy Rosary College, Mountbellew and served as a curate in Moylough. In 1982 he was appointed lecturer in Sacred Scripture at Maynooth and became professor of New Testament in 1991.

On 20 May 1992, Michael Neary was appointed Auxiliary Bishop of Tuam and Titular Bishop of Quaestoriana by Pope John Paul II. He received his episcopal consecration on the following 13th. September from Archbishop Joseph Cassidy, with Archbishops Emanuele Gerada and Joseph Cunnane serving as co-consecrators. Following Archbishop Cassidy’s resignation, he was later named Archbishop of Tuam on 17th. January 1995. In May 2009, Neary described the Ryan Report as “sad and disturbing” and “apologised unreservedly, on behalf of the Church, for our failure to protect children.” Within the Irish Bishops Conference, Neary is the Chairman of the Doctrine Commission; a member of the Department of Catholic Education and Formation, Commission for Migrants, and Strategic Task Group for Education; and a trustee of Trócaire.

If lay people had been more involved in the Catholic Church the response to clerical child sex abuse allegations “would have been different,” Archbishop Neary said. In a reflection on the Irish bishops’ summit with Pope Benedict XVI from 15th. – 16th.  February 2010, he also said that “in the discussions he asked for the forgiveness of the victims”. The archbishop said “the need for co-operation with civil authorities, HSE and gardaí, and the complete implementation of the church’s own norms and procedures were seen as central to the safeguarding of children”. At the meetings “it was acknowledged that while this is not a problem which is peculiar to Ireland or to the English-speaking world, or the church, nevertheless its impact is intensified in the church, damaging its credibility in a number of areas, for example, its teaching on marriage and the family, on sexual morality, and on the church’s role in education and Catholic schools” he said.

On 6th. July 2010, he was appointed by Pope Benedict XVI as a member of the Congregation for Divine Worship and the Discipline of the Sacraments in the Roman Curia. Members not resident in Rome are invited to attend only the plenary meetings of the congregation, which in principle are held every year. The appointment is for five years and is renewable.

In August 2010 Archbishop Neary said “the truth of past pain is certainly coming to the surface. But this is good news. We should embrace the truth even though this can be a painful task.” He continued “however, we should also be aware of the dangers contained in what some have called a ‘culture of blame’. We seek out the negligence of doctors, the health service, bankers, the Church or the school. Maybe this makes it easier to deal with our own shortcomings, the neglect and indifference of others and the tyranny of blind chance. Christ did not encourage us to imprison people by their human failings. Instead he taught us the way of forgiveness.”[7]

In October 2010, Archbihop Neary along with Cardinal Brady, Archbishops Diarmuid Martin of Dublin and Dermot Clifford of Cashel and Emly for high-level talks with heads of Vatican congregations over the apostolic visitation of Irish dioceses in the wake of the Murphy report and Ryan report. While in Rome, the Irish churchmen will come face to face with a team of investigators appointed by Pope Benedict to examine the four Irish archdioceses and “some other as yet unspecified dioceses”.

These will include Cormac Murphy-O’Connor, the Cardinal Archbishop Emeritus of Westminster, who will inspect Cardinal Brady’s archdiocese of Armagh, and Sean O’Malley, Cardinal Archbishop of Boston, who is to inspect the Dublin diocese. Toronto’s Archbishop Thomas Christopher Collins will investigate Cashel, while Ottawa’s Archbishop Terence Prendergast will look at the west of Ireland archdiocese of Tuam. An investigation of the state of Irish seminaries will be conducted by Archbishop Timothy Dolan of New York. The investigators, known as apostolic visitors, will report their findings directly to Pope Benedict XVI.

A review that was published on 30th. November 2011, into the handling of clerical child sex abuse allegations in the Diocese of Tuam has praised Archbishop Neary for his actions. The report said serious harm was done to children by a few priests of the archdiocese but Dr Neary met allegations “with a steadily serious approach, taking appropriate action under existing guidelines, and rapidly assimilating the lesson of the necessity for the removal of the priest, where there is a credible allegation, pending investigation.”The report said it is clear from the “excellent records” that a genuine effort was made to gather evidence from victims and their families during the Church inquiry stage and such “thoroughness is to be commended”. The report added that “It is also a fair reflection to say that the archbishop has met resistance in asking a priest to step aside from public ministry. “It is to his credit that in spite of opposition, Archbishop Neary has maintained his authority and kept some men out of ministry where there is evidence to suggest that they should be viewed as dangerous and should not have access to young people. Neary said “This is an enormous tribute to all working in this area.It is very encouraging to see that their work has been recognised, affirmed and appreciated in the report.”

Patron of the Catholic Grandparents Association.