Something different and traditional for Christmas

Irish plum pudding accompanied by brandy butter is part and parcel of a traditional Irish Christmas food feast although it is doubtful that the dessert we eat today would be immediately recognisable to our ancestors who lived through the 18th century. Their version was lighter  in both weight and colour. Over the years, as more exotic ingredients have become available, the Irish plum pudding we know and love today has evolved.

The following recipes are guaranteed to finish off Christmas Dinner in fine form. It comes with a warning, however: You’ll be tempted, but don’t eat too large a portion of this rich pudding or you won’t be able to move from your chair! 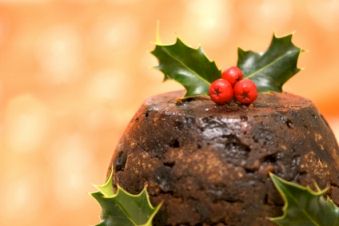 • pinch of bicarbonate of soda

Mix all the dry ingredients together in a bowl, then add lemon rind, juice and eggs. Mix really well. Place the mixture in a well-greased 1½ pint/850ml bowl and cover the bowl with two well-greased pieces of greaseproof paper. Steam the mixture for six hours and then remove the paper. Ignore any fat lying on the top of the pudding as it will be absorbed. Once the pudding is cold, recover it, still in its bowl, with fresh paper and store it for up to three months. You can douse it in rum or brandy occasionally if you like a pudding with a kick. On Christmas morning, steam it for three hours. A traditional Irish plum pudding is brought to the table aflame. Obviously you need to take extra care doing this. Before serving, pour brandy or any other alcohol over the pudding and set it alight.

This is a very simple brandy butter recipe that can be made two or three weeks in advance of its arrival on the Christmas dinner table. Because you get to taste it as you go, you’ll find it puts you rather nicely in the Christmas spirit! You can freeze it if you wish, but it keeps well enough in the fridge without being frozen. 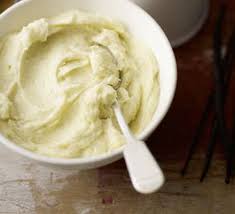 Using either a food processor or a hand whisk, blend the room temperature butter with the sugar until it is soft and creamy. Once it is smooth, add in a small quantity of brandy. Mix well. Repeat until all the brandy is used up. Taste, and add more brandy if you think it needs it. Put the mixture into a sealed container and wait for Christmas Day. Serve, as cold as possible, with plum pudding.