You are here: Home>Parish Priests of Menlough>14 -- Fr Arthur Devine 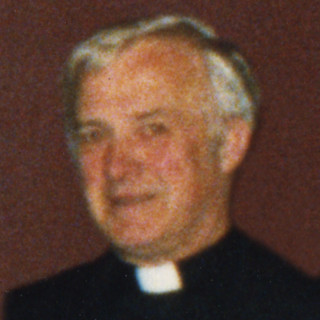 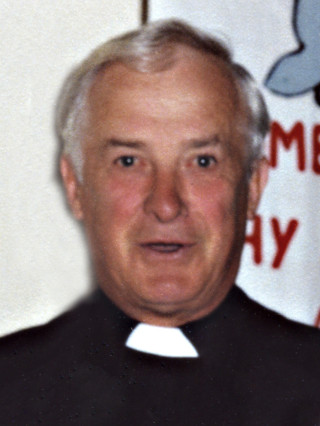 Fr. Arthur Devine, a native of Newport, Co. Mayo, was born in 1927. His father, also Arthur Devine and mother, Ellen Devine, were the proprietors of Devines Hotel in Main Street, Newport. He is also a cousin of Fr. Patrick Moran who ministered in Skehana from 1947 to 1953. His father passed away in October 1962, his mother in April 1967 and his brother Dr. Joseph Devine, Listowel, Co. Kerry on January 17th. 2004.

He was Ordained on June 21st. 1953 and ministered in Errew Monastert until 1954 when he went to the Diocese of Clonfert on loan and served in that Diocese until 1957. Grom 1957 until 1960 he ministered on Inis Oirr, Arainn. From 1960 to 1962 he was CC in Milltown. In September 1963 he was CC in Glenamaddy and transferred to become CC in Letterfrack in 1964 and 1969 he was appointed CC to Castlebar. His next assignment was in 1979 as CC in Taugheen, Crossboyne, near Claremorris, Co. Mayo before being appointed parish priest of Menlough in 1987. He was made a Canon of the Cathedral Chapter in 1998, retired as parish priest of Menlough in 1999, and immediately became AP in Glenisland, just outside Castlebar, Co. Mayo until 2003 when he lived in retirement in Castlebar itself.

His Funeral:
He reposed in Cody’s funeral home in Castlebar, Thursday, June 2nd 2016 from 5.00 – 7.00 pm. This was followed by his removal to the Church of the Holy Rosary, Castlebar. His Funeral Mass was held in Castlebar Church at 3.00 pm on Friday, June 3rd. and his burial took place afterwards in Burrishoole Cemetery in the family plot.