You are here: Home>Parish Priests of Menlough>10 -- Fr Jimmy Gibbons 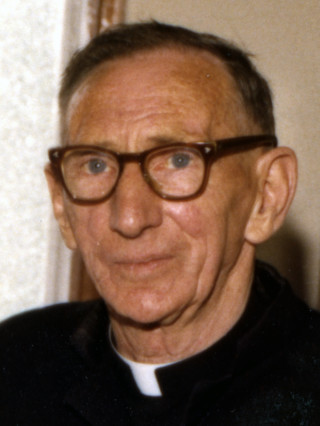 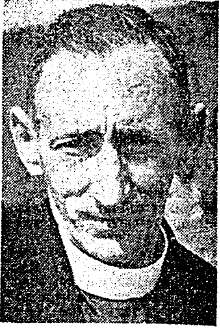 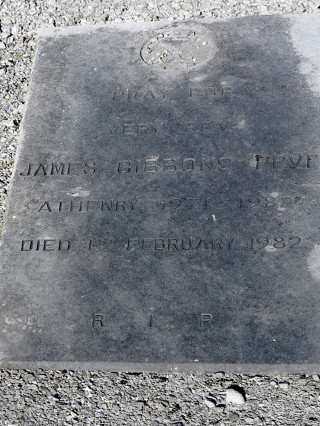 Fr Jimmy Gibbons was a native of Sandyhill, Westport. His mother Mary A Gibbons was a National School Teacher. She passed away in January 1959. His Uncle (mothers brother) was James Rogers who was a solicitor in Tullamore. During the 1930’s he was a professor at St. Jarlath’s College, Tuam. He was a keen and talented golfer throughout his life. In August 1944 he was posted from St. Jarlath’s College to be CC in The Neale. June 1951 saw him being transferred from ministry in The Neale to be CC in Claremorris. In 1962 he was transferred from Claremorris to replace his cousin Fr Charlie Gibbons in Mayo Abbey who was being transferred to become CC in Skehana. In 1965 he was transferred from Mayo-Abbey to again become CC in Claremorris. He was re-assigned from being CC in Claremorris to become PP in Menlough in November 1967. He was appointed a canon and PP of Athenry in January 1971. Canon Jimmy Gibbons PP VF passed away on February 1st 1982 and is laid to rest in the church grounds in Athenry.