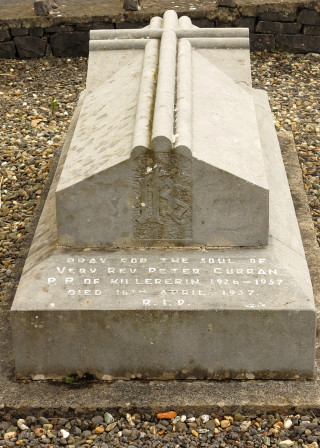 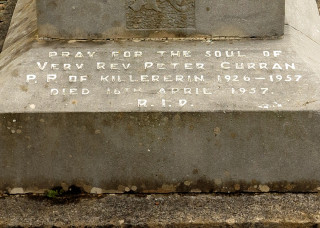 Fr. Peter Curran, born in 1874, was a native of Crossboyne, Co. Mayo. He was educated at St. Jarlath’s College, Tuam and St. Patrick’s College, Maynooth. After being ordained to the priesthood in 1899 he was appointed CC in Clonbur and soon after to Leenane in 1901 and to Skehana 1913 for two years. In 1914 he was transferred to Belclare and then to Granlahan, near Ballinlough, in 1919. In 1926 he was appointed Parish Priest of Killererin and ministered there for the next 31 years until his death on April 16th, 1957 at the age of 83. At the time of his death Fr. Peter was the oldest serving priest in the Diocese of Tuam.