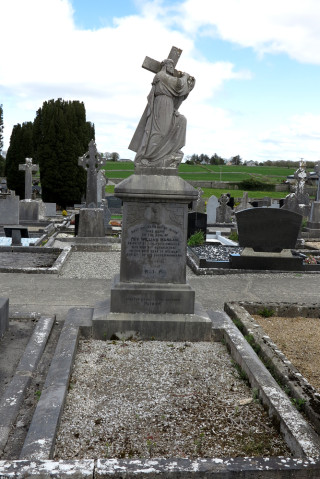 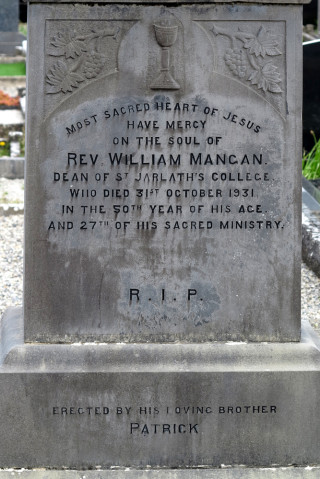 Fr William Mangan was a native of Hollymount, Co Mayo. He was born in 1881. After ordination in 1904 he served in Holy Cross Parish in Glasgow, came to Skehana in 1912 at the age of 31 and was appointed First Dean of Studies at Tuam Diocesan College (St. Jarlath’s College, Tuam) on leaving Skehana in 1913. He remained there for nine years until 1922 when his health broke down and he became an invalid at that time.  Fr Mangan passed away, aged 50, at his fathers house in Hollymount (Parish of Roundfort) on October 31st. 1931. He is laid to rest in Roundfort Cemetery close to Hollymount and Ballinrobe.

He also had a brother, Fr Jarlath Mangan O.F.C. in Cork.