Most popular in Ireland’s capital city, Dublin, this recipe is not for the faint hearted and has been appropriately described by some as heart attack in a bowl. It’s rarely found outside of Dublin city but we have had some Dublin people move into this area over the generations is this is still a popular meal served in some traditional Irish pubs around Dublin. To ‘coddle’ means to cook slowly or parboil and this dish of ham, sausages, onions and potatoes dates back to the 18th century. 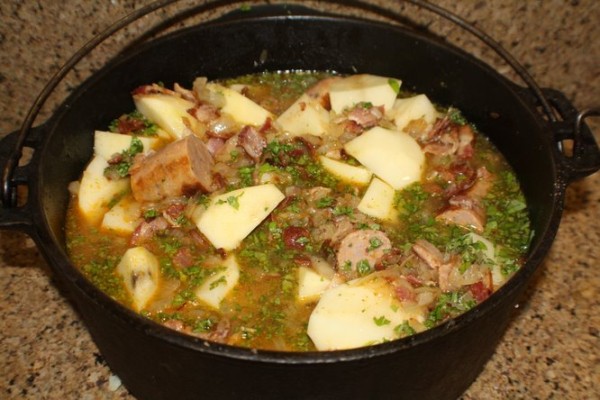 Bring the water to the boil in a saucepan, then add the ham and sausages and cook for 5 minutes. Drain well, reserving the cooking liquid. Set oven to 300 degrees. Place the ham and sausages and chopped parsley and pour over just enough cooking liquid to cover. Cover with a piece of buttered greaseproof paper, put on the lid and cook for 1 to 1 ½ hours or until the liquid is greatly reduced and the vegetables cooked but not mushy.

Serve with the chopped parsley to garnish and hot buttered soda bread on a side plate. This dish serves 4-6 people.

You also find adding Guinness to the Coddle will give it that extra kick! 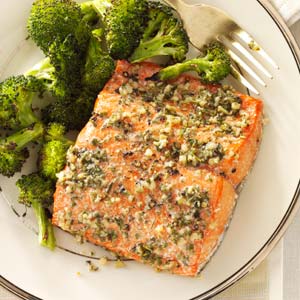 • Juice of one lemon

Preheat the oven to 425 degrees.

Brush the salmon with the olive oil, squeeze the lemon juice on and sprinkle with dill. Season with salt and pepper.

Wrap the salmon in a foil packet and place on a baking sheet.