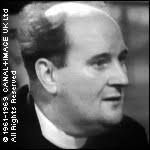 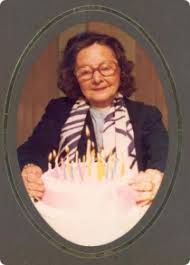 Anne D'Alton had a retaliatory affair with the actor John Cowley. The D'Altons separated and subsequently divorced.

D'Alton married the actress Ann Mulhall at Carlow on 9 February 1925; they had one daughter. The marriage broke down in 1944 as the result of a short-lived though ‘very serious’ affair between D'Alton and the actress Eithne Dunn 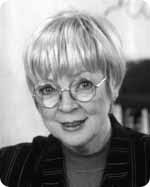 Louis D’Alton (1900 – 1951), writer and actor, was born Louis Dalton at Fairview, Dublin, on 24 May 1900, eldest of five children (of whom two sons and a daughter survived to adulthood) of Frank Dalton, actor and theatre producer, and his wife Catherine (née Lynch). Louis later adopted the D’Alton spelling of his surname, in which he was imitated by his brother and sister. The Daltons ran a travelling ‘fit-up’ theatre company and roadshow, which toured Britain and Ireland; the children were educated at various schools in England. Frequent moves meant that the Dalton siblings found it difficult to form outside friendships and became very close to one another. After living for some time at Southend in Essex, the family returned to Dublin in 1915 to prevent Frank Dalton’s being conscripted; early in 1916 Louis joined the Irish civil service as a junior clerk. His impressions of the Easter rising are given (slightly fictionalised) in his first novel, Death is so fair (1936).

D’Alton was active on the fringes of the IRA during the war of independence (mainly as a messenger) and in 1921 resigned his clerkship rather than take an oath of allegiance to George V. He subsequently studied art and briefly worked as a cartoonist for Dublin Opinion and as a bookkeeper, before joining the travelling theatre company of Victor O’Donovan Power (d. 1933), author of the popular ‘Kitty the Hare’ stories. Throughout the 1920s and early 1930s D’Alton worked with various travelling companies, a lifestyle that forms the backdrop to his second novel, Rags and sticks (1938).

Early in his acting career D’Alton began writing melodramas in the style popular with provincial audiences. Although these were not published and have generally not survived, they left a lasting impression. His mature work often adopts the stock stories of melodrama but then develops them into narratives darker and more critical of Irish society than conventional melodrama. Recognition of the superficial conventions and the expectations that these set up often meant that audiences missed the depth of D’Alton’s disaffection with Irish society – a result at once protective and frustrating for the writer. This disaffection is visible from D’Alton’s earliest published work. Death is so fair is an anti-romantic portrayal of the war of independence centred on a clerical student who abandons his vocation to join the IRA, believing freedom will bring a new golden age peopled with saints and scholars. His ideals are shattered by the harsh experience of the struggle; drawn into sexual sin and into complicity in the murder of a (probably) innocent man, he is consumed with guilt, gives himself up to the Black and Tans, and is summarily shot dead. Such dark portrayals of the independence struggle, deliberately challenging the quasi-religious nationalism of Patrick Pearse and Terence MacSwiney were not unprecedented: the influence of Liam O’Flaherty is perceptible, and some seedy aspects of D’Alton’s portrayal of the old IRA – such as the execution of ‘spies’ on slender evidence and the use of politically motivated bank raids for personal enrichment – may reflect small-town gossip gathered on his travels.

Although D’Alton had been brought up as a catholic, in adult life he was an atheist who made a point of refusing to attend mass. Illegitimacy and sexual repression are recurring themes in his work; Rags and sticks was banned by the Irish censorship board. He was annoyed when his play ‘The Spanish soldier’ (1940), in which a neurotic veteran of the Irish brigade formed by Eoin O’Duffy is healed of a psychosomatic paralysis and regards this as a miracle, was taken for a genuine miracle play. However, favourable depictions of religious vocations in D’Alton’s plays were not necessarily cynical attempts at crowd-pleasing; they may serve the function of highlighting the discrepancy between a society’s professed and real values, or provide a variation on the theme of personal initiative and purpose-seeking. ‘The money doesn’t matter’ (1941) contrasts the dedication of missionary orders, which provide medical assistance in African without proper funding and at risk of their members’ lives, with older and more prestigious orders, which are implicitly accused of snobbery, idleness, and greed.

D’Alton’s mature dramatic output begins with ‘The man in the cloak’ (1937), an expressionist treatment of the life of James Clarence Mangan and the first of his plays to be produced at the Abbey Theatre, Dublin. Thereafter he wrote exclusively as a dramatist. (He is listed in some of his works as author of a short-story collection, but if this was ever published it has escaped both his biographer and the NLI.) D’Alton briefly worked as second producer at the Abbey (January–May 1939) but resigned for undisclosed reasons; he organised a financially unsuccessful provincial tour by the Abbey’s second company in 1940.

‘To-morrow never comes’ (1940) is a psychological thriller depicting the state of mind of a man who becomes a murderer through financial pressure. After ‘The Spanish soldier’ D’Alton is alleged to have vowed that he would ‘never write a serious play again’, and his later work is less formally inventive, though he remained a master of plot construction. ‘The money doesn’t matter’ (1941), a dark comedy about a self-made businessman’s fraught relationship with his adult children (one of whom, to the irritation of his father, becomes a missionary priest), led to controversy when Frank O’Connor protested that an alcoholic character was a caricature of Lennox Robinson. ‘Lovers’ meeting’ (1941) strained D’Alton’s relations with the Abbey management after he objected to the insistence of the director, Ernest Blythe, that a character who commits suicide should be presented as mad – D’Alton thought this decision a rational response to her being forced into a loveless marriage. The play features a murder, a hanging, a suicide, a potentially incestuous relationship, a forced match, and a woman consumed with concealed guilt; Abbey audiences, misled by its farmhouse kitchen setting and mistaking the eccentricities of a subsidiary character for comic relief, treated it as an Abbey ‘kitchen comedy’.

Early in 1942 D’Alton formed his own drama company, which toured provincial Ireland with some success until 1944. At this time D’Alton initiated a correspondence with Sean O’Casey, initially over performing rights for the older playwright’s works, which led to a deep friendship that lasted for the rest of D’Alton’s life. D’Alton may have shared some of O’Casey’s leftist political beliefs. In the late 1940s, when Sean O’Faolain criticised The Bell under the editorship of Peadar O’Donnell for ‘autoantiamericanism’, D’Alton wrote an unpublished rejoinder, stating that in a future war America would not respect Irish neutrality, and criticising Marshall aid as an attempt to buy Ireland for $18 million. (This episode has been attributed to the second world war, but careful reading shows that it belongs to the later period.)

D’Alton married the actress Ann Mulhall at Carlow on 9 February 1925; they had one daughter. The marriage broke down in 1944 as the result of a short-lived though ‘very serious’ affair between D’Alton and the actress Eithne Dunn, after which Anne D’Alton had a retaliatory affair with the actor John Cowley. The D’Altons separated and subsequently divorced. This led to the disintegration of the D’Alton touring company; D’Alton went to England to work with the British forces entertainment company Entertainment and National Services Association (ENSA). He returned to Ireland in 1946, and in February 1947 the Abbey produced his comedy ‘They got what they wanted’ (filmed in 1951 by the Associated British Picture Corporation as Talk of a million, directed by J. P. Carstairs). On 29 September 1949 D’Alton married the actress Eithne Mulhall, whom he had met in ENSA, at Kensington registry office; there were no children of this marriage. In July 1950 D’Alton was diagnosed as suffering from Hodgkin’s disease, which brought about his death at the Hospital of St John and St Elizabeth, St John’s Wood, London, on 15 June 1951. He emphasised his final separation from catholicism by ordering that his body be cremated. John Cowley married the the actress Annie D’Alton (who played Minnie Brennan in The Riordans) in 1953 – two years after her first husband, the dramatist Louis D’Alton, had died.

After D’Alton’s death the Abbey Theatre gave the first performances of three plays written in the last two years of his life: ‘The devil a saint would be’ (1951) is a comedy about an old woman who has visions of a somewhat dubious saint, and ‘Cafflin’ Johnny’ (1958) depicts an unsuccessful emigrant who returns to his provincial home to find that he has been mythologised in his absence as a folk hero. The best-known of these posthumously produced plays, generally regarded as D’Alton’s finest work, is ‘This other Eden’ (1953), a reworking of John Bull’s other island by George Bernard Shaw It depicts the erection in a small town of a monument to a hero of the war of independence (modelled on Michael Collins and the rapidly muffled revelation that the idolised hero left an illegitimate son, a naive idealist whose response to the discovery that everyone but him knew his true parentage is to blow up the hall built in his father’s honour (after which he is persuaded to emigrate to England); the dialogue contains numerous sarcastic references to such matters as the alleged wealth of religious orders, the domination of small-town social life by authoritarian clerics, the exploitation of workers in tariff-protected industries (the local gombeenman protests that his employees do indeed receive a living wage since none have starved to death recently), and the desire for social and intellectual freedom as a motive for emigration. The play was received as a light-hearted comedy and proved immensely popular. The film version (1959, directed by Muriel Box), which makes some minor changes, is regarded as the most accomplished of the adaptations of Abbey Theatre productions by Ardmore Studios.

D’Alton’s plays retained an amateur and provincial clientele for some time (the theatrical publisher P. J. Bourke bought the rights from his estate in the 1960s and republished several of them), but they ceased to be performed when television became popular and amateur theatre and provincial touring companies declined. However, D’Alton attracted renewed critical attention in the early twenty-first century as exemplifying the limits of contemporary expression of discontent with de Valera’s Ireland.