You are here: Home>People>Mary J. Murphy 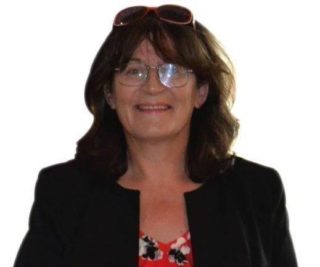 Mary J Murphy, one of four children born to Bernadette and Andrew Murphy at Derrylissane, Menlough, would later reside, along with her family, at Ballinruane House in the adjoining Ballinruane townland. Mary J is the mother of three teenagers who now divides her time between Caherlistrane and Achill Island. As she awoke each morning at Ballinruane House the local St. Joseph’s National School, as her first entry to formal education, was in clear view and afterwards she would commence and complete her secondary education at Holy Rosary College, Mountbellew.

A graduate of NUI Galway and a post-graduate of Dublin City University, she has devised scripts, written for Irish, British, US and New Zealand publications as a correspondent, taught English, has worked as a broadcaster and feature writer in Dublin, London, Reykjavik, Nashville and New York, and devotes much of her time these days to researching local  history (e.g. the forgotten Galway stories of Maureen O Carroll TD and of ‘Achill’s Eva O ‘Flaherty’), and to speaking engagements.

Currently working on book four – an examination of the development of Irish Modern Art on Achill, due in Spring 2019 – she is also knee-deep in compiling a biography of Anglo-Irish poet Emily Lawless, whose mother was born locally in Castlehacket House, Caherlistrane. This project is partially based on research material compiled by her friend, Professor Betty Webb, retired Professor Emeritus, of Meredith College, North Carolina, an internationally renowned expert on the life of Lawless.

Mary’s interests include rambling along Achill’s tempestuous seashore kicking driftwood, plus good music, better books, and Olivia O Leary’s chosen poetry, while John O Donnell’s Swim is the poem that speaks most directly to her soul. Mary also plays a mighty fine ukulele and intends to be a professional beachcomber when she grows up.