You are here: Home>Places>Locations>Some General History about "The Local"

Some General History about "The Local" 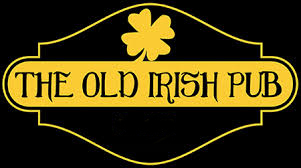 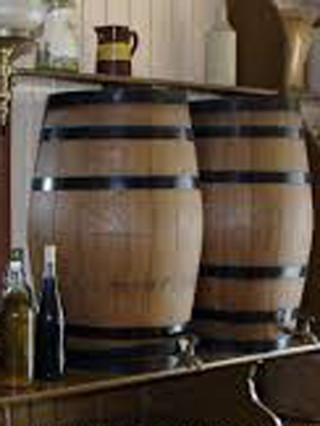 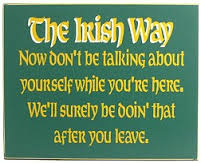 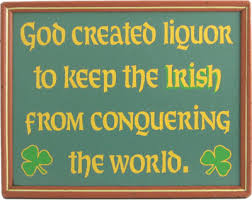 The Pub has been part of Irish society since the invasion of the Normans, providing food and drink to “bona fide” travellers and locals alike. They could be described as the first Restaurants. Irish pubs are world famous. They are central to a host of activities taking place in the local villages of Ireland. It was not until the arrival of the Normans that taverns and inns began to be established in Ireland. The country’s first taverns were in the Norman strongholds in, and around the Pale, and they were set up as wine import businesses where the primary business was in selling wine to stock the cellars of the local nobility. Gradually these became places of social interaction and discourse, with food as well as drink available. How the trade developed from there is unearthed in a treasure trove of facts, figures and folklore relating to the major developments in the history of the pub from the Iron Age to the present day. They are all contained in ‘The Story of the Irish Pub”  the first published social history of the trade in intoxicating liquors in the country.

Before 1916, Irish pubs closed 25 minutes and 21 seconds later than pubs in England, Scotland and Wales because Ireland was on Dublin Mean Time. The local Licensed trade sold 95 percent of all foodstuffs and consumable household requisites used in the district as every local pub also had a shop. We may have assumed shops added pubs to their business but history tells us that the pub came first and the shop was an addition. Before 1960, St Patrick’s Day in Ireland was a ‘“dry day” when all pubs were closed as is the practice on Good Friday and Christmas Day still. Opening hours changed from time to time with normal opening time being 10.30am and closing at 11.30 pm in the Summer and 11.00pm in the Winter. Until the mid 1980s Sunday closing was 10.00pm and between 2.00pm and 4.00pm in the afternoon.

The first statute to control the number of pubs in Ireland was enacted in 1635 by which time Dublin was reckoned to have some 4,000 families an 1,180 public house, most selling their own home brew. Arthur Guinness became the first Irish brewer to produce porter, with other Irish brewers following suit. The story of large scale industrial brewers like Guinness is central to the history of licensing in Ireland from the mid 18th century onwards. The increased duties on spirits due to the Gin Acts of 1744 and 1751 led to increased beer consumption within the licensed trade but it also led to a boom in the unlicensed trade in whiskey, described as “poteen”, from the 18th century onwards. In the 1920’s, Guinness’ own sales representative in Cork complained that sales there were suffering because priests were advising people to drink Murphy’s because it was a “Catholic porter”. One brewery which benefited from being identified with Catholicism was the O’Connell Brewery founded in 1832 by Daniel O’Connell, son of the Liberator, who had £2,000 invested in the enterprise.

Under the Licensing Act of 1872, bona fide travellers could be served outside of normal trading hours. According to the rules, to qualify for late night or all day drinking on a Sunday in Ireland one was required to have “travelled in good faith” for a distance of three miles, by public thoroughfare, from the place they spent the night before. Travelling in good faith meant that you could not be “travelling for the purpose of taking refreshment”, but you could be “one who goes into an inn for refreshment in the course of a journey, whether of business or pleasure”. While people posing as travellers were regularly charged and prosecuted, it was difficult to prosecute licensees who had a handy escape clause in the law. To find the publican guilty, the prosecution had to prove that the licensee did not “honestly believe” that his customer was a bona fide traveller when serving outside of normal opening hours. Some creative drinkers would send a letter to “themselves” using the address of a friend who lived the required distance away from their desired pub. They could then show the letter to the publican to give him some piece of mind. During a police raid, the publican would try to hide those who shouldn’t be there in his living quarters or rush them out a back door so they could attempt a getaway. However, with the growth in the use of the motorcar, all night drinking got out of hand and the law was changed in 1943 so that bona fide travellers could not be served between midnight and 6.a.m., and in 1953 the concept of bona fide travellers in pub licensing law was abolished. In a piece entitled ‘The Irish “Bona Fide Traveller” Nuisance”, The Sacred Heart Review (13 September 1902) noted:

“Travellers, tramps and tourists are common the wide world over, but the so-called ” Bona Fide Traveler ” is peculiar to Ireland. Under the curious laws which govern or misgovern Ireland, it has been decreed that when any person “travels” three miles to a “public-house” on a Sunday he is entitled to all the drink he can buy, even though the Sunday closing law is in full force there. Thus a man living in the town of Kilronan can not legally enter a public-house to secure a drink, but let him walk or ride to Knooknagow, three miles away, and he can have all the drink he wants…

The United Irishman of recent issue, discussing the new Licensing Act, complains that it does not deal with the bona fide traveler scandal, and says:— ” Blackrock and Dunleary on the average Sunday night are a blot on Ireland. We heartily sympathize with the real bona fide traveler. But seventy-five per cent, of the people who travel down to Blackrock and Dunleary on Sunday evenings after seven o’clock do so for the purpose of indulging in the luxury of treating one another to drink … The bona fide traveler has become a standing joke in Dublin, and it was not, perhaps, too presumptuous to hope that the absurdity of men leaving a Dublin public-house at seven o’clock on a Sunday evening, stepping on a tram-car, and a few minutes later descending at the door of another Dublin public – house, invested with the rights of travelers, should have been considered. We have witnessed in English towns, it is true, scenes more degrading than we have witnessed in the streets of Blackrock and Dunleary on Sunday nights, but it is no excuse for an Irishman to make himself a bonham because an Englishman makes himself a hog.”