You are here: Home>Parish Priests of Menlough>17 -- Fr Yesudas Kodiveettil 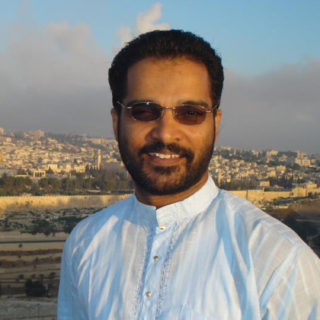 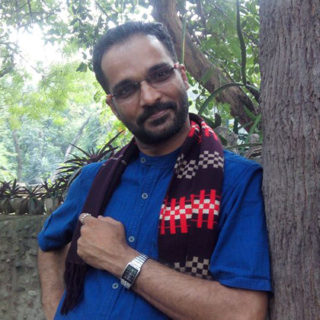 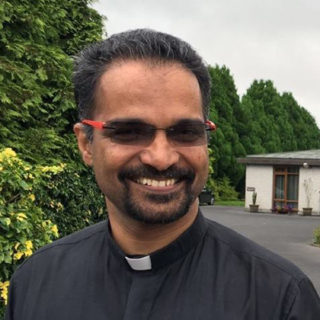 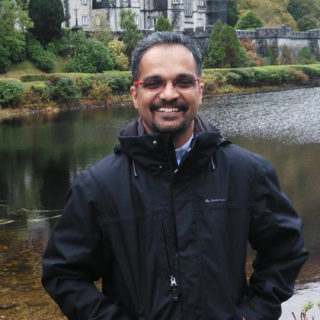 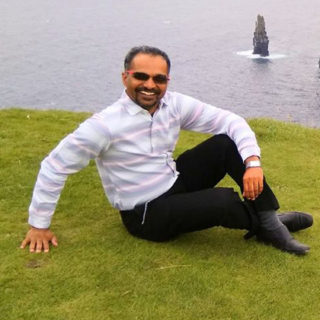 Following the Tuam Diocesan changes announced in June 2017, Fr. John O’Gorman left Menlough in the final week of September 2017 to becomp PP in the parish of Lackagh. He has left a parish of approximately 600 households to take up his new appointment in a parish of over 1500 households. His replacement as Administer to the parish of Killoscobe is Fr Yesudas Kodiveetil, who is a native of India and was appointed to serve as AP in the parish looking after the needs of both Menlough and Skehana Churches. His appointment commenced on September 29th. 2017. As Fr Yesudas Kodiveetil is only appointed as Adminstrator of the parish. this means that, in effect, the parish priest of the Killoscobe parish for now is Archbishop Michael Neary himself.

Fr Yesudas Kodiveetil was appointed as a curate in the parish of Tuam from the 17th. July 2016 until his new appointment to Killoscobe on September 29th. 2017. His arrival to Tuam came after a local paper reported in 2013 that Tuam had lost six priests due to retirement and transfers that year. He came to Ireland from the Diocese of Alleppey, Kerala, South India which is family and pastoral-orientated. “In my place in Kerala it is usually families,” he told catholicireland.net. “We gather families together in basic Christian communities.” Fr Yesudas Kodiveetil was born on December 24th. 1968 and was ordained to the priesthood on April 19th. 1995. His journey to Ireland was down to his sister Helen, who was already living in Tuam and running a thriving and growing charismatic prayer group there. His brother-in-law, Sunil Antony, works with Valeo in Tuam. He and his wife, Helen, and their two children Ann-Marie and Aeon Antony have been living in Tuam for a number of years. She kept inviting Fr Yesudas  to come and work in Ireland. When his job in a prison ministry was coming to an end he decided to see what was possible. He met the Archbishop of Tuam and agreed to an initial two year stay, although this can be extended. He spent his first few weeks after coming to Tuam on the pastoral care team at Knock and he said he found it most useful that he learned the English mass while in the seminary.

Fr Yesudas was ever only a temporary appointment to Menlough and was recalled to work in his own diocese in India in February 2019. A loss to the parish of Killascobe and as the shortage of priests in the Tuam diocese is at crisis point it looks like he will not be replaced which will leave the present parish of Killascobe without a parish priest of its own since 1824 at least – a span of 195 years.