Television changed life in Ireland forever. It caused people to be more knowledgeable about events and happenings outside the area. 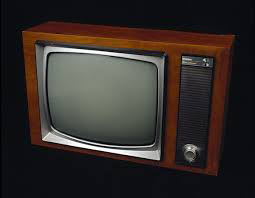 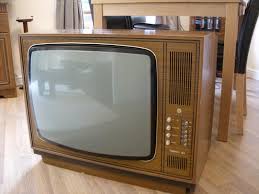 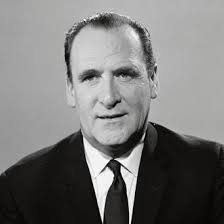 New Year’s Eve 1961 may not immediately spring to mind as a significant date in the history of Ireland. But a phenomenon that has provoked endless debate, argument and discussion ever since, the start of television broadcasting from Dublin on that date was most definitely significant. Love it or hate it, television cannot be ignored. Controversy has been its middle name ever since the first European experimental broadcasts began in the UK in the 1920s, and this is as true in Ireland as elsewhere. The arrival of an Irish television service Telefís Éireann to accompany Radio Éireann was a major advancement in local life and in local lifestyles also. In 1966 Telefís Éireann and Radio Éireann became one and a corporate name brought both services under the name RTÉ (Radio Telefís Éireann).

Not many people in this parish would have seen the official opening of Telefís Éireann on December 31st. 1961 as televisions in the area were as scarce as hens teeth. Presenter Mike Murphy always maintains that he was on television from day one, as he was the young lad on O’Connell Bridge that was throwing snowballs at the camera as it recorded the crowd scenes of all who were attending the opening. Indeed he showed the clip many times  in later years together with the famous scene of himself dressed as a French tourist who kept interrupting Gay Byrne on an outside broadcast just inside the main gate of Trinity College. Television presenter at the opening was Ciarán Mac Mathúna and when the station opened it had three announcers, namely, Nuala Donnelly, Kathleen Watkins and Marie O’Sullivan. Kathleen Watkins eventually became Mrs. Gay Byrne. Of Course who could forget Charles Mitchell as the first Newscaster. Over the years he was joined by other newscasters such as Don Cockburn, David Timlin, Vere Wynne Jones, Maurice O’Doherty, Sean Duignan, Ken Hammond and many more. The first ever female newscaster was Geraldine McInerney in 1975.

The first television sets in this area that I can remember were at Mick Kenny’s shop, Costello’s Pub and at Mellody’s pub. Television sets in the early years were mainly made by Bush, Pye, Pilot, Sobell and Philips. They were not very reliable and broke down quiet a bit. The price of a television set in the 1960s was about eighty to ninety pounds which was probably about eight to ten weeks wages so most television sets were rented from from a rental agency like RTV Rentals or, indeed, Flemmings in Mountbellew rented televisions locally also. This meant that if it broke down then the householder was not responsible for maintenance costs. The television was a huge attraction and Mick Kenny’s shop was crowed each and every night of the week with young and old who followed such programmes as The Fugitive, The Virginian, Showband Show, Bat Masterson, The Riordans, Tolka Row, Quicksilver with Bunny Carr, Mart and Market with Michael Dillon, Sports and of course our longest running television programme in Ireland, The Late Late Show. The first broadcast of The Late Late Show in July 1962 was presented by Gay Byrne who continued as presenter until 1999. On that first show, the guests were Count Cyril McCormack, Ken Gray, George Desmond Hodnett and Harry Thuillier. ‘The Late Late Show’ was originally intended as a summer “filler” but proved so successful with the public that it became part of the regular schedule. The idea for the programme came from the show’s producer, Tom McGrath, who wanted to present an Irish version of the American talk show ‘The Tonight Show’. “Spontaneous talk, idle chatter, controversy, all unexpected, all unrehearsed”’ said the RTV Guide in its preview of the new show at the time. The Late Late Show was controversial and was often the theme topic of a Sunday morning sermon in Skehana Church with presenter Gay Byrne being portrayed as an evil influence on society and people were encouraged not to watch the programme and to write letters of complaint to RTE. The result of such sermons had the opposite effect with the people who never saw the programme now going miles to where there was a television set to see what all the talk was about. Some families indeed got their own television installed in order to get an insight into what the priest was talking about most Sundays of the year. The priest in question was constantly writing to Gay Byrne pointing out the effect that this anti-catholic show was having on society and while Gay even read out some of the letters on the show on a few occasions and invited him as a guest on several occasions to appear on the show he always declined the offer.

The Fear Of Television:

Like many things in Irish society some people were sceptical about television and the question was often posed “If you can see them, can they not see you?”. I heard about a house that had a television since the early days and when Charles Mitchel said “Good Evening” at the beginning of the news the whole family would reply in unison “Good Evening, Charles”. The same was repeated again when he said “Good Night” at the end of the broadcast. They then turned off the set and drew a curtain in front in case anyone was looking out at them. Another woman in the next parish would never allow the television to be turned on until the kitchen was cleaned up and the family were sitting in a position to cover up such items that she would not like the presenters to see. The bag at the bottom of the door keeping the breeze out was one thing in particular she did not want seen by those inside the television. Then there were two brothers who lived alone and one was particularly fond of Westerns so that when the Virginian came on the screen he moved very close to the set so as not to miss any of the action. The other would say “jesus Paddy, will you pull back a bit in case one of them has a bad shot”.

Television changed life in Ireland forever. It brought about the demise of visiting neighbours and the art of storytelling in the rambling houses. It also brought to an end the travelling roadshows that were so looked forward to in times gone by. Sophisticated entertainment was now available in the home without stepping outside the door. It caused people to be more knowledgeable about events and happenings outside the area and, indeed, across the world. This was well demonstrated when so many people in Ireland were able to watch the funeral of President John F Kennedy live. People were now able to see lifestyles that were once only stories years before and so a revolution to modernise the home began. Advertising was now “in you face” and with the latest and greatest of gadgets and products attractively presented the seeds of “buy now, pay later” were sown in very fertile soil …………. and so the story continues today.