History of the Internet

Mervin Nutley first introduced me to the bug that is now the internet in March 1993. You did not stay on for long as you had to pay for line usage as if it were a telephone call to Dublin plus a charge per minute to AOL. 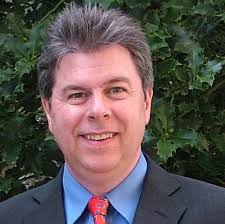 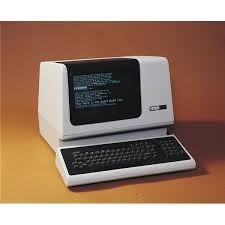 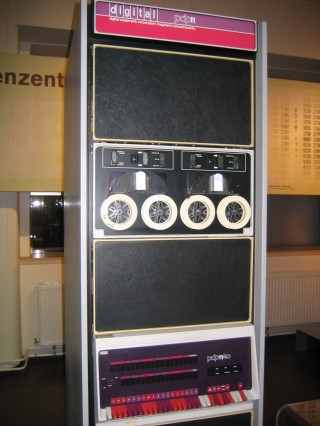 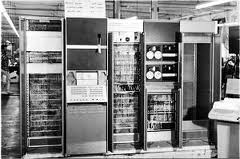 I feel I can safely say that the first internet connection in Skehana was made by Mervin Nutley who was then one of the team at Photopak, Dublin and who regularly called to the Studio once a month. He was the first to get me connected via a modem I bought, the Telephone line and America-On-Line (AOL) Software. He introduced me in March 1993 to the bug that is now the internet. In those days you did not stay on for long as you had to pay for line usage as if it were a telephone call to Dublin plus a charge per minute to AOL. Shortly after that AOL just had a monthly subscription but the telephone line still had the same charges. A little later all the software came free and you just paid for the line charges

US Department of Defence:

The history of the Internet begins with the development of electronic computers in the 1950s. Initial concepts of packet networking originated in several computer science laboratories in the United States, Great Britain, and France. The US Department of Defence awarded contracts as early as the 1960s for packet network systems, including the development of the ARPANET (which would become the first network to use the Internet Protocol.) The first message was sent over the ARPANET from computer science Professor Leonard Kleinrock’s laboratory at University of California, Los Angeles (UCLA) to the second network node at Stanford Research Institute (SRI). Packet switching networks such as ARPANET, Mark I at NPL in the UK, CYCLADES, Merit Network, Tymnet, and Telenet, were developed in the late 1960s and early 1970s using a variety of communications protocols. The ARPANET in particular led to the development of protocols for internetworking, in which multiple separate networks could be joined into a network of networks.

Access to the ARPANET was expanded in 1981 when the National Science Foundation (NSF) funded the Computer Science Network (CSNET). In 1982, the Internet protocol suite (TCP/IP) was introduced as the standard networking protocol on the ARPANET. In the early 1980s the NSF funded the establishment for national supercomputing centers at several universities, and provided interconnectivity in 1986 with the NSFNET project, which also created network access to the supercomputer sites in the United States from research and education organizations. Commercial Internet service providers (ISPs) began to emerge in the late 1980s. The ARPANET was decommissioned in 1990. Private connections to the Internet by commercial entities became widespread quickly, and the NSFNET was decommissioned in 1995, removing the last restrictions on the use of the Internet to carry commercial traffic. Since the mid-1990s, the Internet has had a revolutionary impact on culture and commerce, including the rise of near-instant communication by electronic mail, instant messaging, voice over Internet Protocol (VoIP) telephone calls, two-way interactive video calls, and the World Wide Web with its discussion forums, blogs, social networking, and online shopping sites.

The research and education community continues to develop and use advanced networks such as NSF’s very high speed Backbone Network Service (vBNS), Internet2, and National LambdaRail. Increasing amounts of data are transmitted at higher and higher speeds over fiber optic networks operating at 1-Gbit/s, 10-Gbit/s, or more. The Internet’s takeover of the global communication landscape was almost instant in historical terms: it only communicated 1% of the information flowing through two-way telecommunications networks in the year 1993, already 51% by 2000, and more than 97% of the telecommunicated information by 2007. Today the Internet continues to grow, driven by ever greater amounts of online information, commerce, entertainment, and social networking.

From ARPANET to NSFNET

After the ARPANET had been up and running for several years, ARPA looked for another agency to hand off the network to; ARPA’s primary mission was funding cutting edge research and development, not running a communications utility. Eventually, in July 1975, the network had been turned over to the Defense Communications Agency, also part of the Department of Defense. In 1983, the U.S. military portion of the ARPANET was broken off as a separate network, the MILNET. MILNET subsequently became the unclassified but military-only NIPRNET, in parallel with the SECRET-level SIPRNET and JWICS for TOP SECRET and above. NIPRNET does have controlled security gateways to the public Internet. The networks based on the ARPANET were government funded and therefore restricted to noncommercial uses such as research; unrelated commercial use was strictly forbidden. This initially restricted connections to military sites and universities. During the 1980s, the connections expanded to more educational institutions, and even to a growing number of companies such as Digital Equipment Corporation and Hewlett-Packard, which were participating in research projects or providing services to those who were. Several other branches of the U.S. government, the National Aeronautics and Space Administration (NASA), the National Science Foundation (NSF), and the Department of Energy (DOE) became heavily involved in Internet research and started development of a successor to ARPANET. In the mid-1980s, all three of these branches developed the first Wide Area Networks based on TCP/IP.

NASA developed the NASA Science Network, NSF developed CSNET and DOE evolved the Energy Sciences Network or ESNet. NASA developed the TCP/IP based NASA Science Network (NSN) in the mid-1980s, connecting space scientists to data and information stored anywhere in the world. In 1989, the DECnet-based Space Physics Analysis Network (SPAN) and the TCP/IP-based NASA Science Network (NSN) were brought together at NASA Ames Research Center creating the first multiprotocol wide area network called the NASA Science Internet, or NSI. NSI was established to provide a totally integrated communications infrastructure to the NASA scientific community for the advancement of earth, space and life sciences. As a high-speed, multiprotocol, international network, NSI provided connectivity to over 20,000 scientists across all seven continents. In 1981 NSF supported the development of the Computer Science Network (CSNET). CSNET connected with ARPANET using TCP/IP, and ran TCP/IP over X.25, but it also supported departments without sophisticated network connections, using automated dial-up mail exchange. Its experience with CSNET lead NSF to use TCP/IP when it created NSFNET, a 56 kbit/s backbone established in 1986, to supported the NSF sponsored supercomputing centers. The NSFNET Project also provided support for the creation of regional research and education networks in the United States and for the connection of university and college campus networks to the regional networks. The use of NSFNET and the regional networks was not limited to supercomputer users and the 56 kbit/s network quickly became overloaded. NSFNET was upgraded to 1.5 Mbit/s in 1988 under a cooperative agreement with the Merit Network in partnership with IBM, MCI, and the State of Michigan. The existence of NSFNET and the creation of Federal Internet Exchanges (FIXes) allowed the ARPANET to be decommissioned in 1990. NSFNET was expanded and upgraded to 45 Mbit/s in 1991, and was decommissioned in 1995 when it was replaced by backbones operated by several commercial Internet Service Providers.

Transition towards “the Internet”:

The term “internet” was adopted in the first RFC published on the TCP protocol (RFC 675:[32] Internet Transmission Control Program, December 1974) as an abbreviation of the term internetworking and the two terms were used interchangeably. In general, an internet was any network using TCP/IP. It was around the time when ARPANET was interlinked with NSFNET in the late 1980s, that the term was used as the name of the network, Internet, being the large and global TCP/IP network. As interest in networking grew and new applications for it were developed, the Internet’s technologies spread throughout the rest of the world. The network-agnostic approach in TCP/IP meant that it was easy to use any existing network infrastructure, such as the IPSS X.25 network, to carry Internet traffic. In 1984, University College London replaced its transatlantic satellite links with TCP/IP over IPSS. Many sites unable to link directly to the Internet created simple gateways for the transfer of electronic mail, the most important application of the time. Sites with only intermittent connections used UUCP or FidoNet and relied on the gateways between these networks and the Internet. Some gateway services went beyond simple mail peering, such as allowing access to File Transfer Protocol (FTP) sites via UUCP or mail. Finally, routing technologies were developed for the Internet to remove the remaining centralized routing aspects. The Exterior Gateway Protocol (EGP) was replaced by a new protocol, the Border Gateway Protocol (BGP). This provided a meshed topology for the Internet and reduced the centric architecture which ARPANET had emphasized. In 1994, Classless Inter-Domain Routing (CIDR) was introduced to support better conservation of address space which allowed use of route aggregation to decrease the size of routing tables.

CERN, the European Internet, the link to the Pacific and beyond.

Between 1984 and 1988 CERN began installation and operation of TCP/IP to interconnect its major internal computer systems, workstations, PCs and an accelerator control system. CERN continued to operate a limited self-developed system (CERNET) internally and several incompatible (typically proprietary) network protocols externally. There was considerable resistance in Europe towards more widespread use of TCP/IP, and the CERN TCP/IP intranets remained isolated from the Internet until 1989. In 1988, Daniel Karrenberg, from Centrum Wiskunde & Informatica (CWI) in Amsterdam, visited Ben Segal, CERN’s TCP/IP Coordinator, looking for advice about the transition of the European side of the UUCP Usenet network (much of which ran over X.25 links) over to TCP/IP. In 1987, Ben Segal had met with Len Bosack from the then still small company Cisco about purchasing some TCP/IP routers for CERN, and was able to give Karrenberg advice and forward him on to Cisco for the appropriate hardware. This expanded the European portion of the Internet across the existing UUCP networks, and in 1989 CERN opened its first external TCP/IP connections. This coincided with the creation of Réseaux IP Européens (RIPE), initially a group of IP network administrators who met regularly to carry out coordination work together. Later, in 1992, RIPE was formally registered as a cooperative in Amsterdam. At the same time as the rise of internetworking in Europe, ad hoc networking to ARPA and in-between Australian universities formed, based on various technologies such as X.25 and UUCPNet. These were limited in their connection to the global networks, due to the cost of making individual international UUCP dial-up or X.25 connections. In 1989, Australian universities joined the push towards using IP protocols to unify their networking infrastructures. AARNet was formed in 1989 by the Australian Vice-Chancellors’ Committee and provided a dedicated IP based network for Australia. The Internet began to penetrate Asia in the late 1980s. Japan, which had built the UUCP-based network JUNET in 1984, connected to NSFNET in 1989. It hosted the annual meeting of the Internet Society, INET’92, in Kobe. Singapore developed TECHNET in 1990, and Thailand gained a global Internet connection between Chulalongkorn University and UUNET in 1992.