You are here: Home>Topics>Events and Happenings>Rural Life and Growing Up in the 1950s and 1960s

Life was simple, everybody had the same and grass always grew in the middle of most roads ! 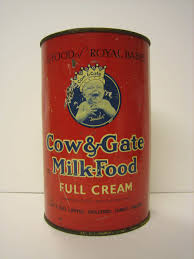 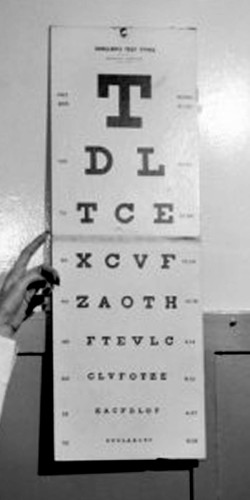 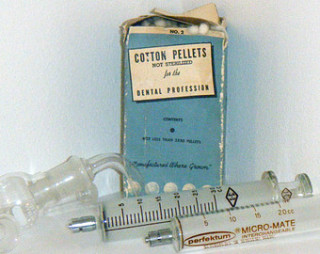 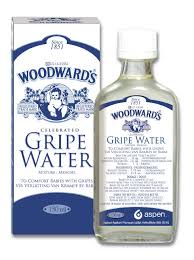 In the Skehana of the 1950s and 1960s, all people in the neighbourhood lived a similar daily pattern of life. It was a farming community and what happened on our farm and in our house was a carbon copy of what happened in the neighbouring farms and homesteads. Children had chores that had to be done and helped out on the farm, played simple games and got a basic education at national school, from where they either stayed at home on the farm, joined the religious life or got the boat to England on becoming a certain age.

It was common to have a large family. Eight or nine children would not be considered to be too big in those days. Some of the oldest assisted in the rearing of the younger ones and looking after them while the parents were busy with the farm work. In the 1950s home births were normal in the area with the assistance of Nurse Kilcommons from Mountbellew. When her morris minor was seen in the area either someone was coming into the world or someone was going out. In the 1960s women were increasingly attending hospital to give birth. It usually meant that the mother was away for up to a week or so.

On the way home from the hospital the new born was brought to the church for baptism. It would be almost unheard of to take the child home first. The mother did not attend the baptism in the early 1960s but waited in the car outside. When the baptism was over and the paperwork done the few people there went out of the church and the mother was brought in and put sitting in the seat furthest to the back for a ceremony called Churching. I was told at the time it was a cleansing ceremony. Churching had to be done before the mother was permitted to attend religious ceremonies again. Then the child was taken home, well wrapped up and was well able to walk before it saw the light of day again. Friends and neighbours would call in over the next few weeks to welcome the newborn with gifts of money or garments. The giving of a silver coin was believed to ensure that the baby would not endure poverty and would reach old age. Holy medals were pinned around the pram and the cot to protect the child.

When the cows were milked a certain quantity of milk from the best cow was well strained, boiled and put aside for the babies bottles. Children ate whatever food adults had but in smaller quantities. Potatoes, bread and porridge were usual in many homes and fish such as herrings was a common feature on Fridays and during Lent. Eggs were for selling so they were a rare treat but the cracked ones were set aside to be fried with large slices of bacon for the odd dinner. Some favourite foods for children were ‘Cally’ – new potatoes with a well of butter and scallions or ‘Goody’ – bread that was buttered and mashed in a mug of hot tea or milk with sugar. Jelly and custard was a favourite dessert but was only on state occasions and Christmas. Tea chests from the local shops were commonly used as playpens to keep youngsters from harm. The tea chest would later be a “hospital bed” for a delicate lamb and was also used to house the day old chicks beside the fire when they arrived.

Holidays were non-existent as working the land was a priority and there was really no time off for farmers. There were no farm relief schemes in those days. Transport also was a problem in the rural areas like Skehana as there were only a handful of cars in the whole parish. Most children never went to the seaside, some never even seeing the sea until they were able to get there under their own steam, but often children paddled or swam in a nearby Ballybane or Abbert Rivers. Visiting relatives and relatives coming home for the two weeks “builders holidays” was more common than going on holiday.

Wealth in terms of money and property was scarce. One could almost survive without money as most food was home produced and the sale of eggs to the shops provided the money for the few groceries that were needed and may even have a little change left over. There were times of the year when extra money was needed for Rent and Rates, buying some seed potatoes and a few bags of fertilizer and this was usually provided by selling the lambs, selling the potatoes to McGivern’s Monivea, Devaney’s Menlough or Corbet’s, Athenry who were the export agents in the area. Selling a few turkeys at Christmas also gave the housewife some extra money for a few luxuries at that time of year. There was monetary equality among all the neighbours. The odd legacy came from America or the UK but such things were usually kept quiet and not talked about – even though everybody knew somehow. Society was resourceful and ‘made do’. Recycling was happening back then when you could bring bottles back to the shop and get 3d each for them. Finding a Guinness bottle on the side of the road was an instant 3d for any child and if it were a large bottle it was 6d in cash. Children always found ways to amuse themselves and were inventive too. Nothing went to waste that could be used to create games and general amusement. Empty cans and jars with a few pieces of wood made a “shop” which gave days of enjoyment. Corks and bottle tops were the currency used in our imaginative “shops”.

Berry picking and apple picking was another late summer activity for making jam and preserves. It was always certain that children had to help with turf-cutting, saving hay, spreading slits and picking potatoes together with jobs around the home and farm. Children were less supervised then and spent much of the day playing outside, often not returning home until tea time or to bring the cows in for milking. Everybody walked to school with family and walked home again together in small groups and gathering chestnuts was looked forward to each year around the priest’s house and in the Turlough. Bare-footedness was common in the summer with some having sandals from Mick Kenny’s Shop and wellingtons and leather nail boots were worn in the winter. There were short trousers with braces for boys and pinafores for girls. Clothes were worn for longer as washing was not done as frequently as nowadays. Hand-me-downs and patches were quiet normal with garments being let in and let out: there were the everyday clothes and then there was the Sunday best. Dan Kelly was the local tailor and he made suits for boys often from an old top coat that might be acquired from one of the garadi in Menlough. Saturday night in most homes was bath night so that all inhabitants could be spruced up for going to church on Sunday. Many children took their turn washing in a kettle-filled tub that would be placed in front of the fire. The older children polished and shone the shoes for Sunday Morning. Short hair was traditional for the boys. The hair-cut was given at home or usually a neighbour who was handy with the clippers would call in and give everyone of the males a trim.

The health of children was always a worry for parents and in the 1950s there were epidemics of Polio and TB which were especially feared. Everyone knew someone who suffered with one of these diseases. Dr Finnerty from Athenry called to our house every Thursday evening for what seemed like years to me, to give us an injection against Polio. Then such things as colds, fevers and chilblains were common and children were encouraged to get measles and mumps if someone else in the house had them: this was easily done as most often they slept with their siblings in the same bed. Castor Oil, Syrup of Squills, Cod Liver oil, Epsom salts, Vasaline Petroleum Jelly, Milk of Magnesia, Gripe Water, Aspro’s, Andrews Liver Salt and Syrup of Figs were commonly found in the home in the place where medication was kept. A bottle of Detol would also be there for cuts and scrapes. Bandages, if required, would come from an old white shirt, an old sheet or recycled from a flour bag. The flour bags were also kept to make bed sheets. Biestings, the first milk that came from a cow after calving was popular for building up children’s immune systems..

This 1950s and 1960s childhood was enjoyed by countless children – a frugal or austere upbringing in some ways, …………. but then it was the same for everyone that we knew at the time.