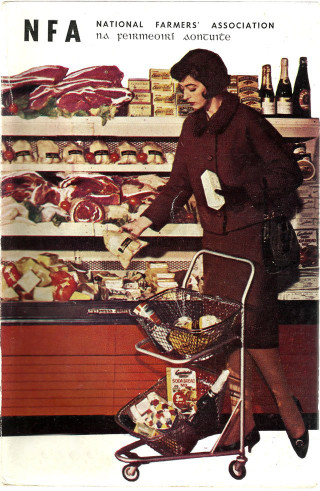 Deligates from Ballymacward, Caltra, Gurteen, Manlough and Skehana Branches of the National Farmer’s Association attended a meeting at Menluugn for the purposes of forming a regional executive of the N.F.A. Mr. Martin O’Donnell, organising secretary addressing the meeting, outlined the benefits to be derived from dividing the county into regions. An Important advantage would be the strengthening of the Association in the matter of co-operative buying. It was proposed to invite a representative from the I.O.A.S. to Menlough to give a lecture on the cooperative system. Mr Sean Conheeney, Caltra Branch, spoke on the advisability for erecting a live-stock mart in Mountbellew, which he said, was a very important fair centre and the one in which most of the stock, in-the area were sold. It was agreed, on the proposition of Mr. Conheeney, that Mountbellew Branch be co-opted to the Menlougli Regional Executive.