You are here: Home>Topics>Features>Post Primary Free Education and the School Bus Service 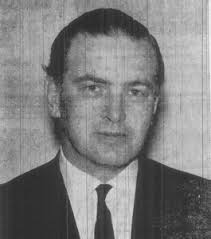 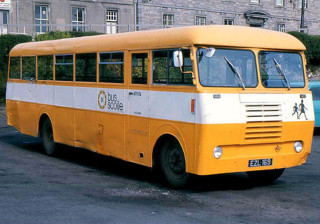 This bus, EZL 169, was the bus I travelled on while in Leaving Cert year 1973. It was driven by the late Tom Mitchell from Cross, Menlough (Gerry Costello).
© Copyright Control

On September 10th. 1967 Donogh O’Malley the Irish Education Minister announced a scheme for free secondary education throughout Ireland. His surprise decision that he would implement free secondary education up to Intermediate Level for all students caught both his political colleagues and opponents on the hop. He announced that from 1969 all schools up to Intermediate level would be free and that free buses would bring students from rural area to the nearest school. O’Malley seems to have made this decision himself without consulting other ministers, however, he did discuss it with An Taoiseach Sean Lemass. Jack Lynch, who was Minister of Finance at the time had to find the money to pay for it, was certainly not consulted and was dismayed at the announcement. In spite of this O’Malley’s proposals were hugely popular with the public and it was impossible for the government to go back on its word. O’Malley’s impromptu decision opened the way for free secondary education in the State that continues to this day.

For Skehana and it’s surrounding area this was indeed a major forward leap. Prior to this very few boys in particular went on to secondary education. There were many reasons for this and one of the chief reasons was that there were no local secondary schools that catered for boys. Both St. Cuans in Castleblakeney and Holy Rosary In Mountbellew, which are the most local schools, only catered for girls up until now. The Vocational School in Mountbellew, however, catered for boys up to Group Certificate which was two years at the time but Intermediate or leaving certificate levels were unavailable to students there at that time. Boys who were serious about education had little choice but to enter a boarding school such as St. Jarlath’s College in Tuam, Garbally College in Ballinasloe or other such establishments. Such education was very expensive and well beyond the means of most of the people of the area.

About this time also the girls only schools were thinking co-educational and I presume this was coming from the department also. The icing on the cake in the free education policy implementation was free school transport also. At this time Frank Mannion, Abbeyknockmoy was running a bus from Abbeyknockmoy to St. Cuans via. Garbally Cross. This was six shillings per student per week. Holy Rosary in Mountbellew also ran it’s own VW Blue and white mini-bus through Skehana on it’s own route also. The new contract for school transport was given to CIE who invested in a fleet of yellow and white school buses and also sub-contracted some routes to the people who were already driving school routes. This also created part-time employment for many people who trained to become school bus drivers and began to work for CIE driving the new fleet of yellow and white buses or “cheese boxes” as they were called in certain parts of the country. Tom Mitchell, Paddy Collins, Tommy Burke all from Menlough, Jim Gavin, Killascobe, Willie Duggan, Garbally, Jimmy Fahy, Ballagh and Eddie Maguire, Ballinruane would have been the drivers who transported local children to and from the surrounding secondary schools in my time.