TB was the AIDS of its day, a scourge that ravaged the country. 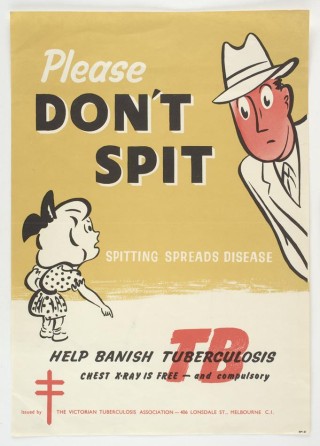 FOR much of the last century in Ireland, TB was the AIDS of its day, a scourge that ravaged the country. Consumption was the layman’s succinct name for the disease; graphically describing the effects of untreated tuberculosis – the victim “consumed” by weight loss and breathlessness. It consumed the lives of thousands in Ireland and is still a voracious killer in many countries. Survivors can still recall the silent terror. A child develops the disease, then a brother contracts it, and his friend a few doors down is next. In Dublin alone, it killed more than 10,000 people a year, more than half of them children. The highly infectious tuberculous bacillus thrived in the crowded tenements of inner city Dublin and in the poorly ventilated, thatched cottages in the country. Its effect was all-embracing, even among those who were healthy. A coveted job in the civil service or a bank was not yours until a chest X-ray film was reported as normal. In the 1950s, a work colleague might disappear for some months of sick leave. After treatment, most victims returned to the workplace, their gaunt features and weight loss confirming the unspoken diagnosis.

TB has a long history. Stone Age skeletons from 500,000 years ago show evidence of TB while some of the mummified pharaohs of ancient Egypt were killed by the same germ. Hippocrates, the Greek Father of Medicine (460-377 BC) suggested that spitting spread the disease, but it took more than two millennia to prove him right. Spitting, for years a national past-time in Ireland, proved a ready source of flying bacteria. Avicenna, the Arabian physician of the 11th century recognised that the disease was infectious but it was not until 1796 that the first Preventorium to which the children of TB parents could be admitted was opened in Brighton by John Letsom. Thomas Addison in England first described the disease in medical terms but it was not until 1882 that Robert Koch in Germany identified the bacterium that caused it, tubercle bacillus. His efforts to produce a vaccine met with little success but his work led to the BCG vaccination which is a cornerstone of modern preventive efforts. It is named after two French scientists, Albert Calmette and Camille Guérin.

With no cure available, sanatoria became the favoured method of treatment on the continent. Many of them were built in the clear air of the Swiss, Austrian and German mountains and wealthy people in Britain and Ireland often went there if affected or in danger of contracting the condition. Efforts in Ireland between 1878 and 1887 to open a specialist clinic to combat the disease came to nothing. Eventually, after much, often farcical, debate among the ruling classes, the National Hospital for Consumption for Ireland was opened in Newcastle, Co Wicklow. More young Irish people were slain by TB than in warfare. According to research by the Irish Red Cross Journal, 12,000 young Irish adults died of TB in 1904. Mortality remained high in the 1920s and 1930s and by the 1948 general election, the problem had become heavily politicised. The fear and loathing surrounding TB – seen as the poor man’s disease – is well documented in Noel Browne’s book Against The Tide. Dr Browne, as Ireland’s post-war Minister for Health, is credited with introducing radical policies that reduced the mortality rate from the disease by 90%, raiding the funds from the Irish Hospital Sweepstakes to build sanatoria around the country. Browne’s father and mother had succumbed to the disease and in 1940 he contracted TB and was treated in an English sanatorium. He recovered and passed his medical exams in 1942, going on to work in sanatoria in England, but he decided that politics was the best way to combat the problem. Elected a TD in 1948, he was appointed Minister for Health in the first inter-party government on his first day in the Dáil. He immediately introduced mass free screening for TB and sold Government assets to finance his campaign. The idea behind TB sanatoria then was to treat the illness with kindness. No physical activity, total bed rest, two pints of Guinness daily and nutritious food was the prescription. During the daytime, patients were encouraged to put their heads out of the hospital windows and breathe fresh air. Hospital beds were wheeled out to sunny verandas regardless of season. Despite years of non-stop efforts by Noel Browne and his army of medical carers to beat the scourge, it was not until the 1950s that TB started to decline and by the 1970s it had all but vanished from our shores. However, as outbreaks in more recent years show, it has not gone away.

(From research by Dan Buckley)