You are here: Home>Places>Locations>Children's Burial Grounds

The custom of setting aside a special place for the burial of very young unbaptised babies was common practice in Ireland. 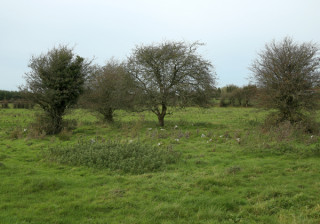 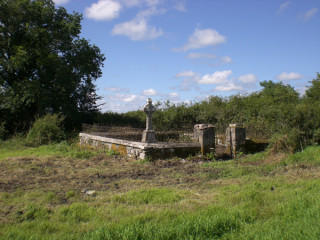 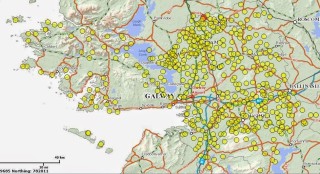 Children’s burial grounds were usually unconsecrated sites used primarily, though not exclusively, for the burial of unbaptised children. The custom of setting aside a special place for the burial of very young unbaptised babies was common practice in Ireland until the 19th century but continued on a less frequent scale up to the mid 20th century. It is believed to have been practiced by the ancient Greeks and Romans and began in Ireland in the 5th or 6th century, when the Catholic Church decreed that the burial of unbaptised babies in consecrated ground was not permitted. This practice was also carried out for the victims of suicides and executions, criminals, victims of famine, murder, disease, etc. Often, children of unmarried mothers and children who had not received their First Holy Communion were not considered worthy to be buried in consecrated ground either. In some cases, there was an economic factor to be considered as there were families who could not afford the cost of a grave or headstone and so opted for the “Cillín”

The Selection Of The Location:

It is considered by many today who have studied children’s burial grounds around the country that the ground used may not have been as “unconsecrated” as was thought at the time. It is possible, and many studies point to the likelihood that, the grounds used for these burials were in times long past used for old churches, sites of worship, religious rituals of various kinds, old derelict monastic sites, ring forts, a sheltered corner of a field or ancient enclosure, close to a river, stream or a lake and, while they were unconsecrated in the eyes of the Catholic Church, were chosen because they were of some special significance in religious beliefs and sacred rituals of times previous to the Catholic Church’s teachings.

It was in this era that St. Augustine of Hippo declared that all unbaptised individuals were guilty of original sin and so were consigned to Limbo, with the belief that on the last day they would be taken up to God. Naturally this caused controversy, suffering and pain as, due to the high infant mortality rate, children were its main concern. As no official endorsement by the Church of the existence of Limbo is to be found and it is not mentioned in scripture, it would appear to have been a concept used by theologians in their efforts to define the need for Baptism for salvation. Parents suffered unbearable grief and anguish in these situations. In those times nearly all births were home births and so mothers had their dead children taken from them straight away. The father had the task of taking the baby away, wrapping it in a little blanket, and with the help of a neighbour, slowly and secretly headed for the burial area. There, usually under the cover of darkness, they dug a small shallow grave and laid the infant to rest. A Stone was set at the head and at the foot usually. There was no wake and no support of the neighbours, many of whom would be unaware of what was happening. They would have offered a prayer very likely after the grave was marked. They then returned home and entered into a world of silent suffering.

The practice of these burials in this area was ended in 1947 by the then curate of Skehana, Fr. Paddy Moran, upon his arrival in the parish. This decision met with some local dis-satisfaction and opposition from some families who still wanted to use the children’s burial ground in Skehana. However, the priest had the power in these times and the local people fell into line eventually. Many people today find this hard to believe that the people were so conditioned as to want to continue on burying their children in those plots, particularly in light of the outcry today about such things, but I have it on the best of authority. My late mother was a young seventeen year old at the time who came from Newport, Co Mayo to work as housekeeper for the same Fr. Paddy Moran, who was her cousin and she related this story to us many times during her lifetime about the opposition he faced from locals when he began the practise of having all burials in consecrated graveyards and cemeteries.

May We Never Forget Them

These are the burial grounds in the general Skehana area.

Remember them in your prayers