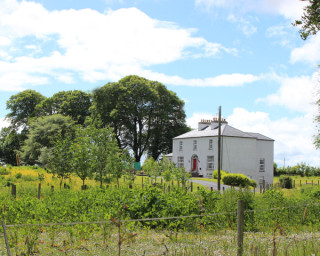 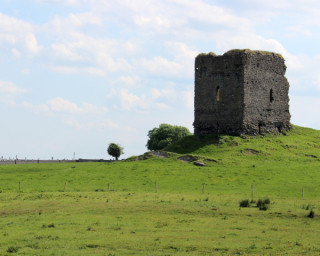 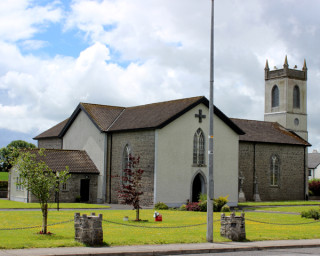 Moylough is a civil parish that is comprised of 66 townlands covering a land area of 23,386 acres, 3 roods and 11 perches spread across the baronies of Tiaquin and Killian. As a general rule the civil parish and the Church of Ireland parish are the same, though not always, but in this situation they equate precisely to the same geographical boundaries. The most southerly part of Moylough civil parish, totalling 23 townlands, now forms a part of the Catholic Church parish of Killoscobe while the remaining 43 townlands are in the Catholic Church parish of Mountbellew/Moylough. When engaging in family research or genealogy it is advised to be always mindful that these 23 townlands were for a time also part of the Moylough Catholic Church parish and that may be an important resource location. However a detailed study of the Down Survey drawn up in the 1600s poses the question ‘where exactly was Moylough?’ That detailed survey identifies the parish as being Moylough but locates Moyloughmore in an area where we now know Mullaghmore to be located and the area that we now consider Moylough was actually recorded as Loughnamonagh. There are a number of serious considerations that need to be analysed as to why these may have been their actual positions and not as they are mapped currently. Firstly we have to be mindful that the information was written and recorded by field officers who would not have been fluent in the Gaelic tongue or familiar with Gaelic names and thus this may have been noted incorrectly. However we must also consider that another townland, known today as Moyloughbeg, shared a border with Moyloughmore in that same report and it was most common to have townlands where extensions such as ‘beg’, meaning ‘small’, or ‘more’, meaning ‘big’, or others such as ‘east, or ‘west’ to have a common boundary. If we look at the current layout of townlands Moylough, as we know it today, and Moyloughbeg are remote from each other and do not share borders. Additionally there can be no doubt whatsoever that Mullaghmore, then Moyloughmore, was a centre of considerable importance with the existence of the Rath Mor ceremonial and inaugural site and of course the major stronghold that once housed Mullaghmore Castle. A final significant consideration is that Mullaghmore is virtually in the centre of the civil parish whereas Moylough is located in the very extreme northern section. The name Loughnamonagh used in the Down Survey, for what we know today as Moylough, translates as ‘the lake of the turf/bog’ and this may refer to a turlough in Summerville townland, locally referred today as Laught Lake, and an area of bogland just north of Moylough village. Moylough itself translates as ‘the plain of the lake’ and Mullaghmore again overlooks Lough Nalarsagh part of which is located in three different townlands. Dr. John A. Claffey, M.A., Ph.D., in his publication of History of Moylough-Mountbellew notes that in ancient records the area was known as St. Stephen’s or Moylough parish and he also elaborates on the difficulty when trying to relate its Gaelic name to the current topography of the area. In the mid-nineteenth century we are told that the inhabitants who were native Irish-speaking pronounced the name ‘mweelough’. This would suggest that maoileach, perhaps meaning a bald hill or a ridge, was the word in question and indeed this word is also found in MacFirbis’s 17th century translation of the registry of Clonmacnois but the placenames Commission on balance of evidence still favours Maigh Locha as the Irisg form of Moylough.