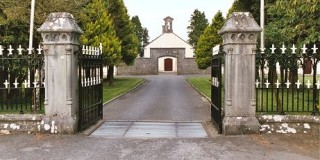 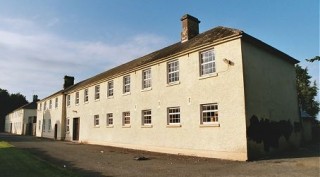 The 1838 Bill led to the establishment of a system for the relief of the poor and destitute of Ireland resulted in the creation of 137 Poor Law Unions and in each of these a workhouse was constructed all of roughly similar design. Poor Law Unions did not follow any traditional other Irish land divisions but were centred around principal market towns. County Galway was served by the nine unions of Portumna, Ballinasloe, Glenamaddy, Tuam, Mountbellew, Loughrea, Oughterard, Galway and Clifden and were of varying geographical size with the larger being in the west of Ireland where the population was less dense.

Mountbellew, as one of the new Poor Law Unions created in Ireland between 1848 and 1850, was formally declared on 22nd February 1850. It was created from the northern part of the Ballinasloe Union and occupied an area of 160 square miles it comprised the following electoral divisions: Annagh, Ballynakill, Caltra, Castleblakeney, Castleffrench, Clonbrock, Cloonkeen, Cooloo, Derryglassaun, Killeroran, Killian, Mountbellew, Mounthazel and Taghboy.

The new Mountbellew Union workhouse was erected on a six-acre site about a mile to the south-east of Mountbellew Bridge in the townland of Bovinion. Designed by the Poor Law Commissioners’ architect George Wilkinson, the building was based on one of his standard plans to accommodate 500 inmates. Its construction cost £5,150 plus £920 for fittings etc. It would later be used as a hospital and since the 1930’s is home to the current Colaiste an Chreagain that had been known in the past as Mountbellew Vocational School or St. Jarlaths Vocational School.

Poor Law Unions would become extremely significant from 1864 onwards for very different reasons when the civil registration of births, marriages and deaths became obligatory and Superintendent Registrars were allocated on this basis. Genealogists researching family history find the Mountbellew region to be a rich repository of information for this particular locality as well as the Tuam, Loughrea and Ballinasloe regions.