Lambs tails were a delicacy enjoyed by our grandparents, our parents and generations before us. 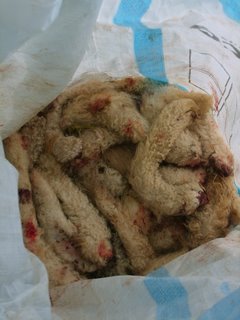 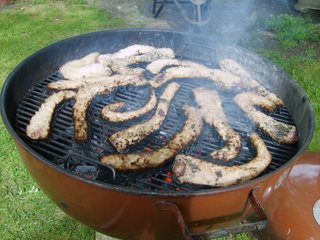 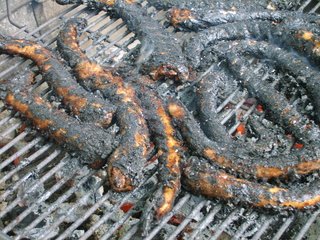 Lambs tails were a delicacy enjoyed by our grandparents, our parents and generations before us. They were a much sought after food. In our house when I was young and my grandparents were still with us there were never enough of them (thank God) for me. So I never experienced eating lambs tails and I don’t suppose I’ll start now either not have I the desire to begin. All of the older generation enjoyed a “good feed of lambs tails” after docking the lambs took place.

lamb tails vary from 20 to 30 cm in length and 4 to 6 cm in width (before grilling). They’re removed to prevent the build up of faecal matter around the lamb’s backside. Left intact, the mess attracts flies which lay eggs, resulting in maggots which can cause pain as they eat the lamb’s flesh. Once removed, the tails are kept aside until the end of the working day, whereupon they were put in a bag and taken home.

That night the excess wool would be clipped off and they were lightly scorched over the open fire. The tail isn’t particularly meaty. Fortunately, this is compensated for by the sheer number of tails that were available after docking. The tails were then flame grilled until the rest of the wool was burnt off and the meat cooked in a barbecue style cooking delivering billowing clouds of foul-smelling smoke. The smell of burning wool is quite strong but the open fire chimney dealt with that rather quickly. When The tails were nearly, both sides charred beyond belief it was time to drag out the condiments: salt, pepper and HP brown sauce.

To eat, the blackened skin is removed revealing flesh which is gnawed off the thin tail bone like eating a kebab off a skewer. Eating tails was somewhat like eating ribs, without the benefit of being able to lick your fingers for they were covered in black, gritty ash. The taste, they say, is slight, but is enhanced by salt and pepper with fried bread slices. The flavour was subtle, faintly lamb-like, not to mention quite smoky. But they enjoyed them.