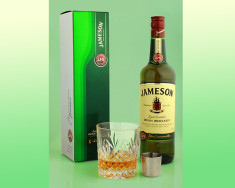 The Jamesons were a Dublin family well known in the 19th century distilling and banking circles of that city. James Jameson bought the Windfield estate in the parish of Moylough, barony of Tiaquin, county Galway, from the Blakes in the early 1820s. He was succeeded by his eldest son the Reverend John Jameson in 1847 and the family continued to occupy Windfield until the early 20th century, although they also had a residence at Montrose in the Dublin suburbs. In the 1870s the estate amounted to 3,123 acres and it was later sold to the Land Commission. At the time of Griffith’s Valuation William Jameson of Montrose, county Dublin, a brother of the Reverend John Jameson, held land in the parish of Athleague, barony of Athlone, county Roscommon. In the 1870s he owned 1,434 acres in county Roscommon. His daughter married her first cousin James Francis Jameson of Windfield in 1879. In November 1877, lands which had been the property of the late John Jameson in the barony of Athleague, county Roscommon, were sold in the Landed Estates Court to Messers. Watson and Co. in trust. In 1850 William Jameson and George White West of Ardinode, county Kildare (family of White of White Park, county Fermanagh) bought the Annaghbeg estate in the barony of Tulla Lower, county Clare, from the Barringtons of Glenstal, county Limerick and Thomas Williams in the Encumbered Estates’ Court. They advertised the sale of this estate (1187 acres) again in June 1856. 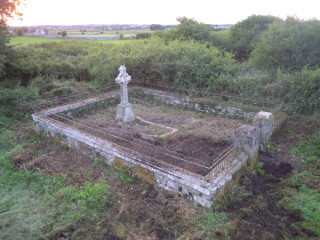