You are here: Home>Places>Locations>Shops And Businesses of the area

Shops And Businesses of the area 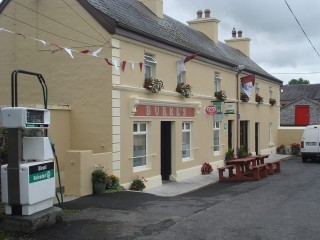 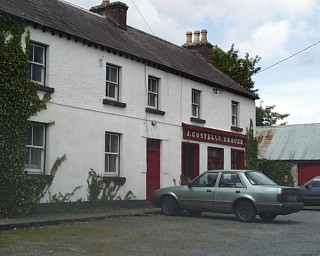 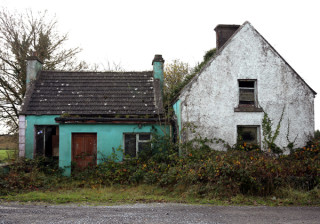 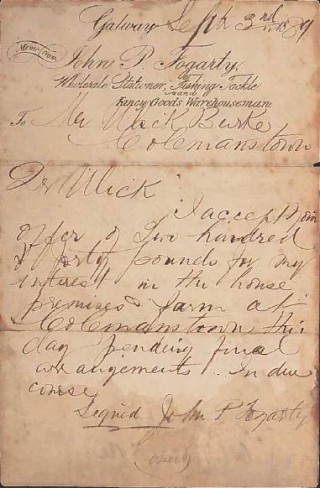 Letter of Acceptance to Ulick Burke in 1889
© Copyright Control 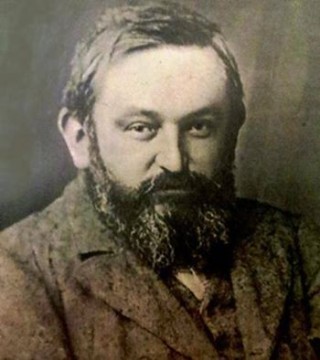 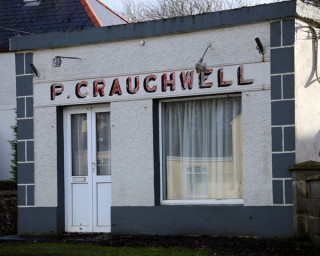 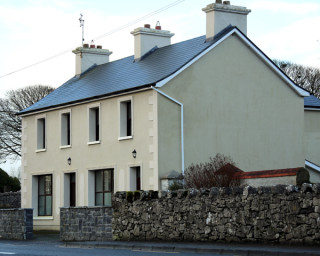 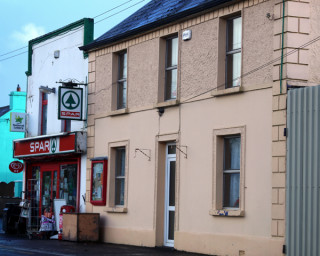 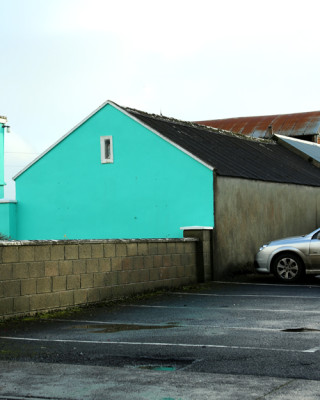 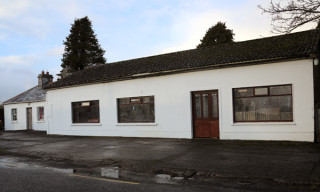 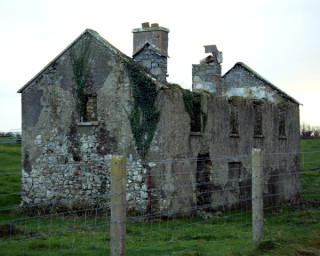 In 1889, a young shop-worker bought the business he worked in. Dated September 3rd 1889, the contract reads “To Ulick Burke, Colemanstown – I accept your offer of two hundred and forty pounds for my interest in the house, premises & farm at Colemanstown this day pending final arrangements in due course”. The letter of acceptance was signed by John P Fogarty. After all of this time the business still thrives and is being successfully run by Frank & Bernie Burke today. It has been for many years now a grocery shop, pub and Post Office.

Mellody’s shop & public house tickbook dates as far back as 1917. Mellody’s shop had everything you needed or wanted for your house and farm. From everyday essentials to material for clothes and many farm implements. Anything they didn’t have could be ordered for you and be delivered in a few days or even weeks sometimes.

This book is full of the comings and goings of a local shop during this period. It shows what they were buying, eating and even descriptions of locals as many families had someone of the same name so their accounts don’t get mixed up. It contains many local names that are still living in the area today.

This book thankfully has now been scanned and its with thanks to it’s owners Pat Joe Kenny & family who treasured this book that it is now saved and can be viewed by everyone.

I’ve included a piece from The Tuam Herald where it shows Mellody’s applying for their licence in 1918. Many would have remembered and have fond memories of Harry & Eileen Mellody who were owners of the pub who continued it succession for many year’s. Mellody’s shop & pub still survives today and is now under new owners and is now known as Screene’s Bar of Guilkagh

You can follow this link to view this beautiful tickbook

This shop was situated in Kilbeg where the Cloonan family now live. It was run by Bernie and Mamie Holian until they sold out and moved to Birmingham in the 1960s. It was bought by Cloonans and they let the shop to Pexie Coppinger from Kilbeg who ran it for several years until she moved to the UK. It was then closed.

Molly Hession was the last to operate this property as a shop. Prior to this it was operated by James Gavin in the early 1900s. James Gavin was great-grandfather of the world acclaimed fiddle player, Frankie Gavin who played with De Dannan.

Mick Kenny operated this shop in Guilka until the late 1980s. He originated from Ballinrooaun and married Nora Gavin who owned the shop already. It was a small shop by modern standards but held a wide and varied stock. It was one of those shops that was also a “social club”. Each night a crowd of young people would meet there, have a “mineral” (soft drink), eat ice cream and sweets, watch the first television in Guilka and maybe play a game or two of cards. This was the only shop in the area where one could buy sliced ham. It was cut by Mick himself with a butcher’s knife and was sliced as fine as the best slicer on the market today.

He also stocked wellington boots and children’s and adult sandals.

The shop closed and was bought by Gabriel Dunne who operated it for a few years.

Paddy Craughwell operated a very successful shoe shop here up until the mid 1970’s. Later it was run as a butcher shop and for a time afterwards as a Takeaway fast food outlet.

This shop was situated between Menlough Community Centre and Menlough Post Office. This was a small grocery shop but mainly a butcher shop. John carried out his trade as a Butcher, was also known to be what used to be called a “jobber” dealing in cattle. He hailed from Longford and, with his wife Maisie, ran the shop until the 1990s. After their deaths it was sold and demolished. The site now hosts a house, Menlough/Skehana Credit Union Office and apartments.

Lohan’s, as it was locally known was a department store of its time. On the left as you walked in was the snug and then the bar and the grocery department was next. At the end was the office, There was a section that held less demanded items such as shot gun cartridges, coffin linings, etc and then there was the drapery department. Through a door beside the drapery section you entered the hardware department which stocked paints, nails, bolts, meals and feed stuff. It also had something which which amazed, amused and filled me with wonder as a four year old being taken in there for the first time. All departments were linked to the office by steel wires on which was a gadget that ran along the wire to the office. When a sale was made a docket was written out, the customer paid for the items and the attendant put the money and a copy of the docket into a “jar”, attacher it to the gadget on the tight wire, pulled a handle and the whole lot flew across the shop to the office. A minute later the thing came flying back along the wire again and the “cup” was removed and the docket and change were given to the customer. This was a wondrous thing at the time and the next time I saw a shop with such a system was in Galway City in Blackrock when I was getting my First Communion Suit.

Lohans was a partnership between Paddy Walsh, Watt Costello and Mrs Lohan Delaney who also carried on a Solicitors practice there. In the late 1970’s they all retired and sold the property to Brendan Glynn. Brendan continued on as a pub and small foodmarket and later as just a Pub. Brendan retired some years later and now the property is Flynn’s Bar.

Lohan’s shop was an invaluable part of the local community in Menlough. It had a pub & shop which sold almost everything you would need from your house to farm. Thankfully Patsy Laffey has kept the tickbook belonging to Lohan’s and the pages start from as early as 1905. This tickbook contains a great insight to what the local people were buying at the time and the cost of living. Every customer had their own tickbook and brought it with them when purchasing any items at the shop.

We also have a photograph of the inside of the shop during 1960s featuring Martin Costello and Padraic Devanney ( Connemara man). The photograph was kindly donated by Bridie Scanlon. After second Mass on Sunday some local men would go to the ware’s room ( known locally as the Dáil room) some of the names of frequent visitors were Martin Costello, Mike Costello, Thomas Donohoe, Matt Donohoe and Markie Naughton

You can follow this link to view this beautiful tickbook: