You are here: Home>Topics>Events and Happenings>A Look At The Local Courts in the 1900s

Having looked through the local newspaper achieves it is interesting to note the type of cases that kept the local courts busy in the 1900’s. 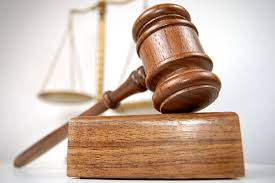 Having looked through the local newspaper achieves it is interesting to note the type of cases that kept the local courts busy in the 1900’s. It seemed to be a great time to be a member of the Gardai as serious crime seemed to be almost non existent at a local level and there seemed to be an abundant supply of Gardai available. There were three stationed in Menlough with four from time to time but Garda transport was limited and the station bicycle seemed to be the main mode of transport most of the time. Speaking of bicycles, these seemed to keep the courts busy right through until the mid 1970s when interest in bicycles seemed to die out …………. so busy, in fact that at one court sitting in Mountbellew in the late 1940s that there were one hundred and twenty seven cases heard against people not having a light on their bicycle. On another occasion I notice that following a fair day in Athenry thirty seven farmers were convicted for being unable to produce a sheep dipping certificate at a fair. Another offence that seemed to use up the court’s time was compliance with the school attendance act and every month there seemed to be a good number of cases up to the late 1960s when it seemed to be no longer a problem and probably parents became more education consious. Another favorite offence was “allowing livestock to wander on the public road”. A court day did not pass in the mid 1900s that there were not a number of fines issued for this offence. At Mountbellew court in 1930 an itinerant was charged with allowing his donkey to wander on the public road. To this he replied “But I have no house or land and if I tie him up and let him starve it would be worse and, anyway, it’s the first time he caught me”. The Justice replied “But you do it everyday, do you not ?” to which came the reply “Yes, you know yourself I have to rely on the “long acre” but it’s still the first time he caught me”. A fine of one shilling was imposed. In September 1926 a woman fined three shillings for putting Jayes Fluid on a donkey’s wound in an effort to heal it. That seems to be a strange one to me.

As far back as 1909 I came across a charge of presenting Cheques without funds to cover them. Many cases of livestock trespassing on other farmers land seemed to make its way into the district courts also as did many disputes over right of ways. Sometimes these disputes led to arguments which led to extra charges of “using fowl language, likely to cause a breech of the peace” and “using threatening language towards a person”. Fighting at dances was also another charge that came up in Mountbellew court pretty often as did the charge of “being drunk in public” or just “drunkenness”. Walking or cycling on the incorrect side of the road was also a charge that cost many a few shillings. There were a few charges also of “using a motor car for reward without a licence”. A man from Ballinamona was convicted for not having a reflector on his cart but probably his greatest offence on that occasion was to call the guard “a lickeen”.

After Hours was Common:

Almost every pub in the county was summoned for being open late at some stage or other, some by a mere ten minutes. In one pub, in 1933, half an hour after closing time the guard met one man coming out of the rear of the pub. He told the guard that he was a Connemara man and was looking for work. On meeting a second man just inside the back gates the man told the guard that he, too, was looking for work. It later transpired that he (the second man) was a relative of the publican as were three others who were found in the kitchen and were drinking tea. When asked by the Supt. in court why he had said he was looking for work he replied he did not know why he said this. “Were you afraid of the guard ?” asked the Supt. “Why would’nt I “ he said “It’s not that long since I was caught before”. The judge dismissed all charges and said he was sure that the publican had no intention of committing an offence.

Careless Driving …….. of a Bicycle:

In 1940 a man was fined ten shillings and convicted of careless driving of a bicycle near Mountbellew Church. Fishing for salmon in the local rivers at night was another offence that came to court from time to time. One man told the guard that he found the salmon already dead on the river bank. The guard said “If he was dead then why had he got prong marks on him”. “He must have got caught in a wire fence” replied the defendant. At the same court a man was fined five shillings for being found with a claw hammer that was belonging to a neighbour. The 1940s and “the emergency” also saw some new charges for the misuse of ration books, using another persons ration card and for the failure of shopkeepers to keep official records of tea, sugar and butter. Another local case in 1945 saw four men being fined for “failure to deliver up their LDF Uniforms”. In 1948 a man was fined in Mountbellew Court for operating a travelling cinema without a proper licence. Other offences of the time were thistles and noxious weeds in lands, larceny of turf, giving a wrong name, larency of a bicycle, sheep scab and other things that may well be considered minor in today’s investigations