Did Ireland export more rabbit meat than lamb in the 1950s? We think so. 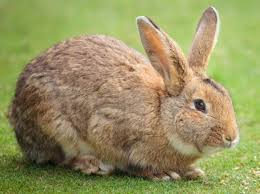 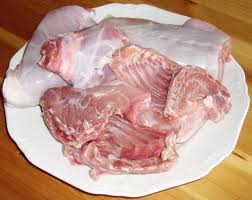 While visiting my brother Paddy in Athenry recently I referred to the explosion of the rabbit population in the Skehana-Menlough area, our own battle with these bunny creatures and the destruction which they inflict on our garden and lawn. Seldom does a morning pass without us encountering a couple of the bunny creatures at both our back and front doors while their friends have set up residence in the shrub beds. We went on to discuss the rabbit epidemic of the 1950 and the introduction of the rabbit myxomatosis disease.

Paddy recalled a reference he heard some time ago that in the 1950s Ireland was exporting more rabbit meat than lamb. On first hearing this I was somewhat sceptical but on reflection and recalling that there was a shortage of food in Europe during the war, with food rationing being the order of the day and rationing continuing after the war into the 1950s it all began to make sense. I don’t know if the statement that Ireland exported more rabbit than lamb in the 1950s is true, but it certainly is conceivable considering in 1957 the EEC (now the EU) came into being with one of its primary aims was to ensure that Europe would be able to feed its people in future in time of political crisis.

My own memory of the rabbit as part of the staple diet is of a brace of rabbits hanging on the back door of our home in Monivea and as a young child looking up at them and being fascinated by their big eyes still wide open. I cannot recall eating rabbit but obviously rabbit was on the menu that particular week.

Another memory of mine is of our late neighbour Eddie Flaherty snaring and netting rabbits in the field at the back of our house and using a ferret to flush out the rabbits from their burrows. I also have a very vivid memory of the manner of execution which entailed holding the animal up by the hind legs and using a karate type chop to the back of the neck.

Having left Paddy and Athenry behind me I decided to call into one of my favourite watering holes on my way home, McGann’s Bar, in Monivea and joined company with my older brother Michael and his friend Willie Joe Coffey. During our conversations I again brought up the subject of the rabbit and these two gentlemen, being a little older than I, gave me some more insight into the role of the said animal on the local economy back in the 1940s and 1950s. Willie Joe recalled hunting rabbits every Sunday as being a lucrative pastime with a price of 1s 9d being had for a brace of rabbits a tidy sum in those days (1s 09d equates to 21 old pre decimalisation pence and in 1951 the price of a pint was 1 shilling or twelve of those old pence) with plenty of demand from local shops in Monivea and Athenry areas.

Willie Joe related a story of a local business man, Tom Cooney, who ran a bar and grocery in the premises now known as the Woodside Bar. Mr Cooney used to purchase rabbits for resale and at the time the rabbit business was so brisk that prices were quoted on the Dublin market and published in the national newspapers. On this occasion Mr Cooney was offering 1s 8d, the prospective seller complained that the paper was quoting 1s 10d in the Dublin market, which Mr Cooney swiftly replied “if they are then, sell them to the bloody paper!”.

One other thing I learned from talking to these gentlemen was that the flesh tissue of a rabbit is very soft and tender and if you hunt the rabbit with dogs they easily inflict damage to the meat and render it worthless. For this reason Eddie Flaherty use of a ferret as his method of slaughter.

Would you eat rabbit now I enquired? “No” replied Willie, “having seen the effect of the myxomatosis on the rabbit in the late 1950s and early 1960s I could never bring myself to eat Rabbit again”. Willie then went on to describe the effects of the disease. “The rabbit’s head swelled and they went blind and a slow, cruel and painful death followed”. The myxomatosis virus, Willie informed me, was brought into the country in hot water bottles in the form of diseased blood and then injected into the rabbit population here.

The introduction of the myxomatosis succeeded in culling the rabbit population and in fact it almost wiped them out. As we often say when you breed like rabbits it no surprise that the rabbit again has become a dominant creature on our landscape today.

The breeding pattern of the rabbit

Rabbits normally breed for 9 to 10 months of the year with a gestation period of only 30 days and can produce 4 to 12 baby bunnies per period. The doe can mate and get pregnant as soon as the following day after giving birth. If this pace is maintained and all the young survive you could be looking at a 100 young per season and over a life time this could amount to 1,000. Considering that the offspring themselves are ready to breed usually after 6 to 8 months the numbers begin to get mind boggling.