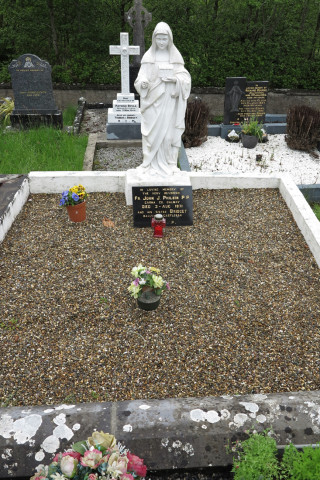 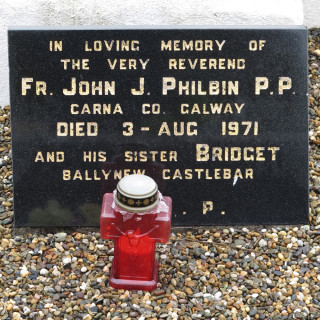 Fr Philbin was a native of Ballynew, Castlebar. He was ordained in 1928 and ministered in Inishere, Glenamaddy, Killmena, Monivea in 1946 and was still there in 1955. He was in Irishtown in 1958. He came to Skehana from Irishtown in 1959. He had a sister with him who was his housekeeper. He was appointed to Carna in 1962 and retired in 1969. Fr. John Philbin, was laid to rest in Castlebar Old Cemetery, Westport Road, Castlebar after his death in 1971 and, even during his time in Skehana he had a reputation as a healer, with people coming from far and wide seeking cures. He also had a huge collection of clocks, a flair for carpentry and a curious style of painting and decorating. Everything he painted was done in dots and dashes in multi-colours. He also introduced a Pulpit into Skehana Church which moved on ball castors and a high black table with six high black wooden candle sticks for the purposes of funerals. The coffin was laid on the High black table with three candles each side. The multi- coloured Pulpit was dumped out near the old bell after he left and was left to rot. He did not drive but used the services of Frank Mitchell, Derrylissane who operated a local Hackney services at the time.

I’m told that people regularly visit his grave for that reason, even today over forty years later. Many local people believe that he had certain powers and Fr Tommie Mannion’s repertoire of amusing anecdotes from his priestly lifetime includes this one. While based in Cill Chiaráin in Southwest Conamara he was hurrying back to his home area to play a match after a Sunday Mass. Somewhere on the Galway Tuam road a car shot out just in front him and nearly caused an accident. He reported the car registration to the Gardaí because of dangerous driving. A local Garda warned the driver and mentioned that it was a priest from Carna parish who had reported him. The man headed west, not realising that there might be more than one priest in the parish. He knocked at the door of the Parish Priest, Father John Philbin, a man famous for his spirituality as well as for cures. “Did you report me to the Guards?” the man asked angrily. Fr. Philbin invited him in, sat him down and explained that not only did he not have a car, he had never driven in his life, nor had he ever made a complaint about another driver. He finished by suggesting: “I would advise you, young man, to be out of this parish before sundown.” Some would say the same man, on hearing of Fr. Philbin’s powers, never crossed the Corrib again.

Another Fr John Philbin who is laid to rest in the grounds of Mountbellew Church was from Bridge Street, Louisburg. He was the son of Richard and Mary Philbin and was ordained in Maynooth in 1939. He ministered as CC in Carna, Lettermore, Camus and Kilkerrin prior to being appointed to the teaching staff of St. Philip’s Convent, Mountbellew in 1949. He passed away at the age of 42 in the Portiuncla Hospital, Ballinasloe in February 1957. He is laid to rest in the Mountbellew Church Grounds. 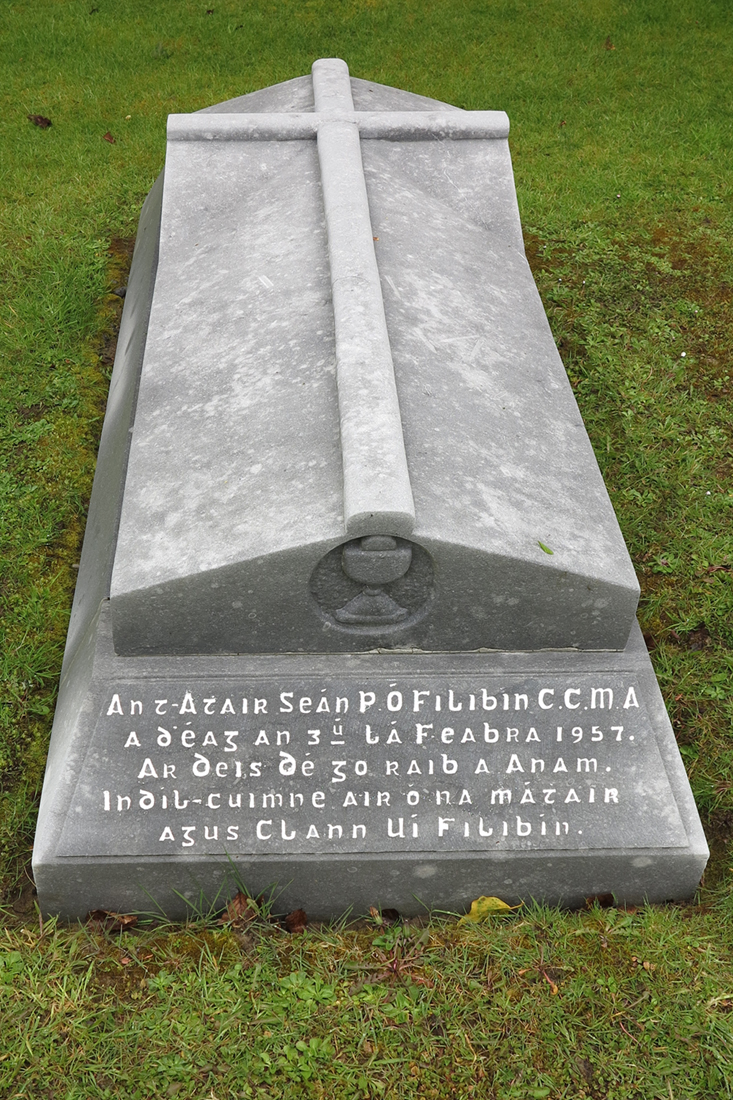 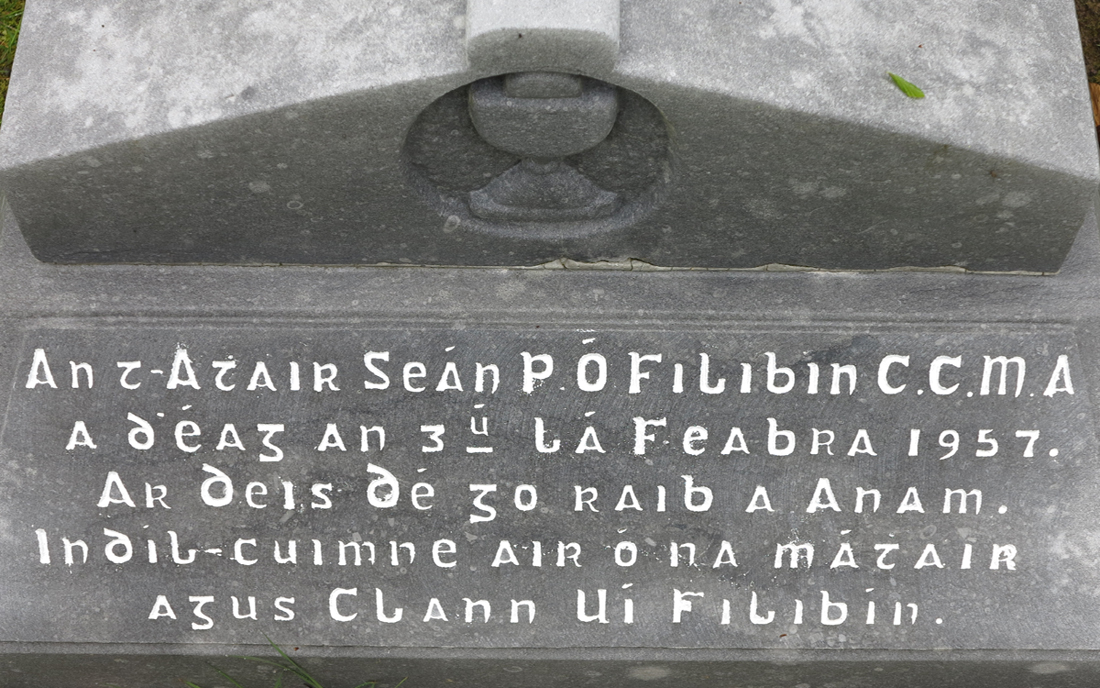