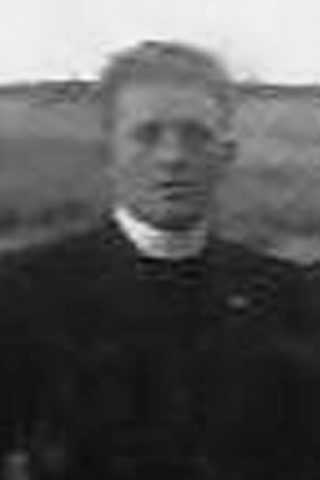 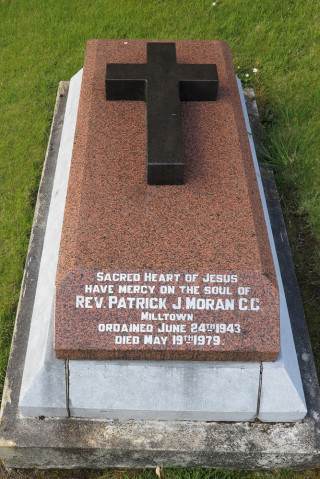 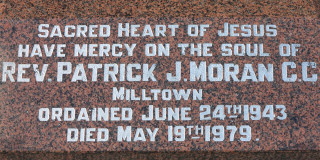 Fr. Patrick Moran was born in Derrada, Newport, Co. Mayo and was a cousin of Fr. Arthur Devine who was later to serve as Parish Priest of Menlough. His housekeeper when he came to Skehana was his cousin, Nora McLoughlin, from Derrycoolin a townland adjacent to Derrada. She was 17 at that time and while in Skehana she met and married Mikie Costello, Esker, and remained there for the rest of her life until she passed away in 1997.

After arriving in Skehana in 1947 he was amazed to find the continued use of the children’s burial ground in Skehana and the practice of such burials in this area ceased within weeks of his arrival. This decision met with some local dissatisfaction and indeed strong opposition from many families who still insisted on the use the children’s burial grounds. However he persevered and began the practice of having all burials in consecrated graveyards and cemeteries. My late mother, was the young seventeen year old housekeeper at the time who came from Newport, Co. Mayo, related this story to us many times during her lifetime about the opposition he faced when endeavoring to change what had become custom and practice.

He was transferred from Skehana to Killererin in 1953 and in August 1958 he became CC in Castlebar, Co. Mayo. He ministered in Robeen, Co. Mayo, from 1964 until 1973 after replacing Fr. Tom Molloy who transferred from there to Skehana. He was CC in Milltown when he passed away on May 19th, 1979 and is laid to rest in Newport Church grounds, Co Mayo.