The townland of Colmanstown is recorded as being named ‘Sheehane’ in the Down Survey of 1641 and owned by William O’Kelly, a Catholic. Following on from the Cromwellian conquest it is recorded as being owned by William Brabazon, a Protestant, in 1670 who also acquired nearby townlands of Clough and Ballyglass. The O’Reillys of Knock Abbey, county Louth were a branch of the O’Reilly family of East Brefny represented by the O’Reillys of Heath House, county Laois. They acquired this property in county Galway in the 19th century and by the 1870s owned 4,088 acres in county Galway and 473 acres in county Louth. In the 1850s Myles W. O’Reilly held this land, some of which he leased to the Quakers in 1849 to set up a model farm centred on Colmanstown. He also held land in the parish of Dunmore, barony of Ballymoe. In the 1870s he is recorded as owning 4088 acres in county Galway and 473 in county Louth. 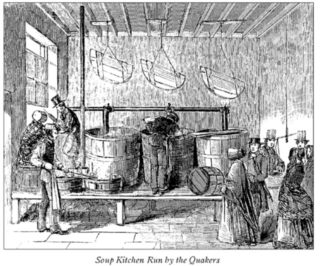 Colmanstown, originally a French property, was to become a Quaker settlement. Griffith’s Valuation describes the buildings as a herd’s and steward’s house occupied by Edward Barrington and partners and then valued at £30. Buildings on both sides of the road mark the site of Colmanstown. Only the walls remain of some of these buildings, others, however, are still in use.

A group of Quakers (Society of Friends) formed a relief Committee in 1846 to distribute aid to the suffering people during the Great Famine.  In 1848 they leased 1000 acres of land which was completely walled with high double doors at front and back entrances, having three avenues with gate houses at each entrance.  The house was a two storey structure over a basement and a ten roomed dwelling. The land was originally acquired on a 999 year lease from Myles W. O’Reilly. The intention was to establish the Model Farm as a teaching institute and the farm was to be self-sufficient. 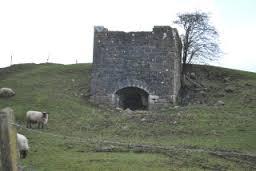 A proposal was put forward to the central relief committee (Dublin) that it should establish a model farm for the more effective teaching of methods of growing crops and to act as an example of how a well-run farm should operate. A suitable property was found at Colmanstown in east Galway and they purchased the lease of 400 acres initially for sixteen shillings per acre. “It was”, said Superintendent Bewley, “a wilderness in which he sojourned initially in considerable discomfort since he had only two damp rooms in the only habitable house in the area, five miles from the post office and eight from shops”. Nevertheless the work went on at pace in the spring of 1849 and an extensive range of farm buildings was constructed. Before the farm could be fully operational a considerable amount of land reclamation was required and this involved the removal of ditches to create larger fields and the laying of land drains. Some 228 people were employed on the Colmanstown model farm and a variety of crops was grown including grain and green crops, while there was also a wide range of farm animals such as cattle, sheep and pigs.

When the Central Relief Committee arrived to inspect in 1852 they found a flourishing farm operating in what, three years earlier, had been among the most desolate wastes in Ireland. The farm had a well-built stone wall along the road, a driveway to the residence and buildings. Facilities included stables for 18 horses, a piggery for 60 hogs, stalls and yards for 130 cattle and granaries for 500 barrels of oats. A stream which had been diverted to run along the farm buildings provided power for threshing and winnowing machines.  About 240 acres had been drained and were under cultivation with 160 acres awaiting drainage. The CRC approved a further grant of £1000 to complete the drainage. A printed report dated 5th of 8th month 1852 from the farm superintendent was pasted into the committee minute book showing 413 acres under cultivation including oats, barley, turnips, mangolds, rape carrots, potatoes, silage and land devoted to grazing and fallow.

It was considered worthwhile to continue the project, not least because of the conversion of a “worn out waste”, to productivity and the economic value of wages paid, with the subsequent decrease in pauperisation, of the rural labourers. The benefit afforded the Irish farmer by the instruction in modern methods was immeasurable. The “poor man’s farm” proved to be of great value to the small producer carrying on the work begun in the spade cultivation projects of 1848. 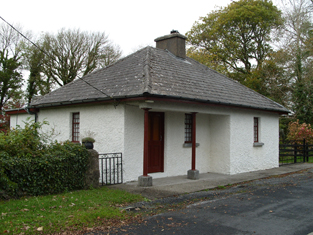 Year after year until 1863 the work continued. Colmanstown never made a profit, but each year it turned out young farmers well trained in agricultural methods applicable to the particular Irish conditions. Local labour was employed and learned to make the best of small holdings. It would be impossible to estimate how many farmers remained in Ireland and resisted emigration because of the grounding they had received at Colmanstown. Most important, perhaps, was the farm’s contribution in helping to free the small farmer and labourer from the fatal dependence on the potato. When the famine struck again in 1862 the Friends debated the future of the farm. As the distress continued the CRC decided in mid-summer to disband the farm and use the funds for the relief of distress. The working capital and sale of stock realized £2,651 which was applied to the CRC’s distress fund. Colmanstown gave one last service to Ireland when the remainder of the money realised from its sale was given to the Hospital for Incurables, the only institution of its kind in Ireland and one which accepted patients of all faiths and positions in society.[1]

This project was continued long after the end of the famine though the Quakers only remained in Colmanstown until 1863. The project was unprofitable and the farm was eventually sold to J.H. Smith, from Co. Cavan, and his wife who operated the farm of 450 acres and employed many local people.  Mr. Smith died in 1963 and the couple had no children.  Cows, calves, pigs, fowl as well as 150 sheep were kept in the enterprise with crops of potatoes, barley and oats cultivated.  Foul was also kept.  The family kept 5 horses. A staff of five people worked on the farm, a housemaid was also employed.  Families lived in the gatehouses and the including the Connolly, Doyle and Browne families.

The farm was sold in 1963 and acquired by the Irish Land Commission for division among local farmers. Many of the buildings erected by the Quakers have since been knocked down but some walls remain.

The memory, however, will be long preserved in Colmanstown as Alfie Doyle, himself a Colmanstown institution, constructed a wonderful model of the Farm Yard (see below) and this is testament to his wonderful array of skills, attention to minute detail and his photographic memory as this is constructed, to scale, and is based on Alfie’s memories when much of his childhood was spent with his father who worked for the Smith family. It was conceived, sketched, planned, constructed and painted in three days – quite remarkable. 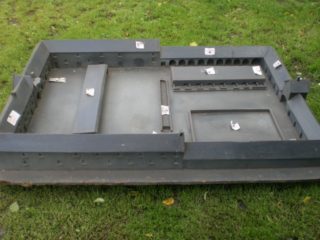 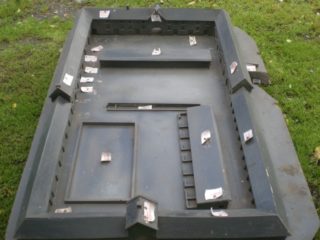