The Blakes of Vermount were descended from James Blake-son of Patrick Blake, Kiltullagh. 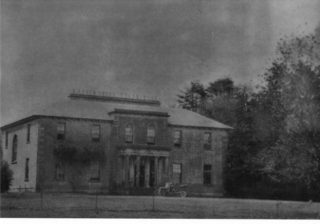 Vermount House was situated in the townland of Moneen in the civil parish of Killoscobe. In 1667 Matthew French was granted over 4,000 acres in the barony of Tiaquin, including the commons of Menlough and nearly a thousand acres in the barony of Clanmorris, county Mayo. Gregory Anthony French of Moneen, later known as Vermount, sold a portion of his estate of 715 acres in the parish of Ballymacward, to James Blake of Waterdale in 1801. James died in 1821, leaving his estates to his nephew, another James Blake. This James Blake married his cousin Henrietta Blake of Kiltullagh and had an only child Elizabeth who married in 1854 her cousin Theobald Blake of Kiltullagh and Vermount. However, when Theobald Blake died in 1902 without heirs, Vermount reverted to Elizabeth’s first cousin Nicholas Blake of the U.S.A.

The Blakes of Waterdale and Vermount were descended from James Blake, a younger son of another Patrick Blake of Kiltullagh. In 1780 Michael Blake of Kiltullagh married Anne, only child of Martin French of Frenchfort and thereafter Frenchfort was Blake property. At the time of Griffith’s Valuation Theobald Michael Blake held townlands in the parishes of Ballymacward and Killoscobe, barony of Tiaquin and a townland in each of the parishes of Oranmore and St Nicholas, barony of Galway. In the early 1870s he owned over 5,000 acres in county Galway.

The estate at Vermount was bought by the Land Commission in the early 20th century and the house was burned down in 1923. Members of the Blake family are buried in a burial house on the estate.

Also known as Munine or Moneen, the house was described as ‘in ruins’ on the Ordnance Survey 6 inch map (1932), following it’s burning in 1923. Extensive outbuildings are still in use and part of the yard is now a residence. In 1786, Wilson refers to a house called “Munnine” as a seat of Mr. French.