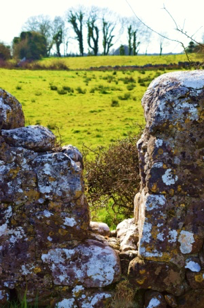 This stile is situated on a boithirin which links Doonaun and Corrandoo
Photo: Marian Hardiman

The name Doonaun (Dúnan) derives from “Dún” meaning an ancient or medieval fort.  The name is taken from the highest point in the townland which may either refer to the Cemetery (also called Cilleacháin) or a hill called Laffey’s Hill.   (Read More)